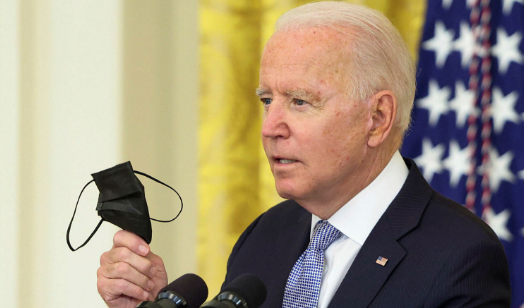 The White House cannot demand federal contractors to verify that their employees are immunized against COVID-19 as a condition of government contracts, a US appeals court said on Monday.

Numerous businesses have contracts with the US government, and courts have ruled that this problem might have an impact on up to 20% of US employment.

According to the court, Biden asked it to approve an exercise of proprietary authority that would let him impose a healthcare decision unilaterally on one-fifth of all American workers; but, they declined to do so.

According to Judge Kurt Engelhardt’s majority judgment, Biden could have virtually unrestricted discretion to add limitations to government contracts if the legislation is interpreted broadly.

He furthered the point by suggesting that, in the hypothetical case, the president may order that all workers for federal contractors lower their BMI (body mass index) to below a specific level on the grounds that obesity is a major cause of ill health and absenteeism.

The White House did not respond right away.

In a court filing, the Justice Department supported the requirement, asserting that Biden’s directive was allowed by the Procurement Act.

This was the first executive order issued under the Procurement Act to be overturned, according to Judge James Graves’ dissent.

“When actions taken are in the mainstream of American businesses, that points towards permitting the executive order. Economic factors would prevent the president from handicapping the contractor workforce with extreme contractual terms.”

Graves rejected the BMI comparison, asserting that a president would receive feedback from the people or from Congress if he or she wanted to enact drastic policies outside the mainstream of American businesses.

In a previous submission, the Justice Department claimed that increasing the efficiency of government contractor operations by mandating that organizations that accept federal contracts have a personnel that has received vaccinations.

The contractor vaccine mandate was prohibited from being enforced by a different lower court order in August, but the 11th Circuit Court of Appeals lifted the nationwide injunction and ruled that its decision only applied to the seven states that had filed the lawsuit and to members of the Associated Builders and Contractors.

In October, the White House gave agencies the order not to attempt to enforce the contractor regulations, citing certain other court decisions that were still in effect.