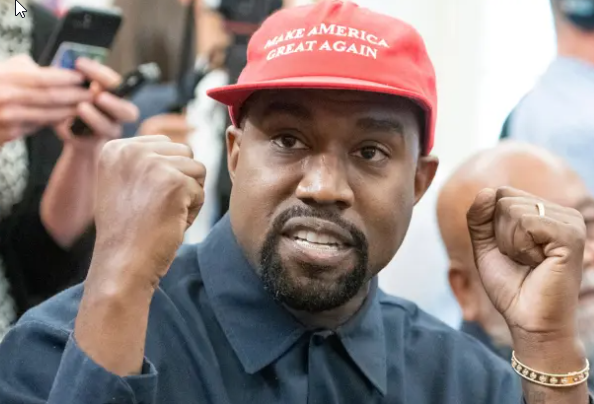 After abandoning his bid for the White House in 2020, Kanye West appears to have declared that he will run for president in 2024.

West, whose real name is Ye, can be seen with Milo Yiannopoulos, a conservative commentator and former Breitbart editor, in a now-deleted video that Patriot Takes put to Twitter.

“This is Milo right here, working on the campaign,” Speaking in the video is West, 45.

“Is that an announcement?” West laughs in response to a question from one of the men.

“I guess it is,”He continues, and Yiannopoulos responds with laughter, “Thanks, I accept.”

Yiannopoulos revealed earlier this year that Rep. Marjorie Taylor Greene (R-Ga.) had employed him as an unpaid intern in her congressional office. The hire was also confirmed by Greene’s office.

After facing criticism for remarks he made in a video in which he said that having sex with older guys when you’re 13 can be life-affirming, Yiannopoulos, who had previously worked for Breitbart from 2014, quit in 2017.

Later in the West video that was released on Sunday, the fashion designer is shown holding out a set of tracksuit bottoms that had the words Ye24 embroidered on them.

When and by whom the original footage was taken are unknown.

Earlier on Sunday, West re-joined Twitter after having his account disabled in October for breaking the site’s rules by publishing a tweet that was deemed to be anti-Semitic.

After being fired from a number of organizations, including Adidas, Balenciaga, and Vogue magazine, for posting material that was deemed anti-Semitic, West has now returned to Twitter.

According to a letter purportedly from JPMorgan Chase that conservative commentator Candace Owens posted on Twitter and claimed to be from the bank and stated that it would end its business relationship with Yeezy and its affiliated entities by November 21.