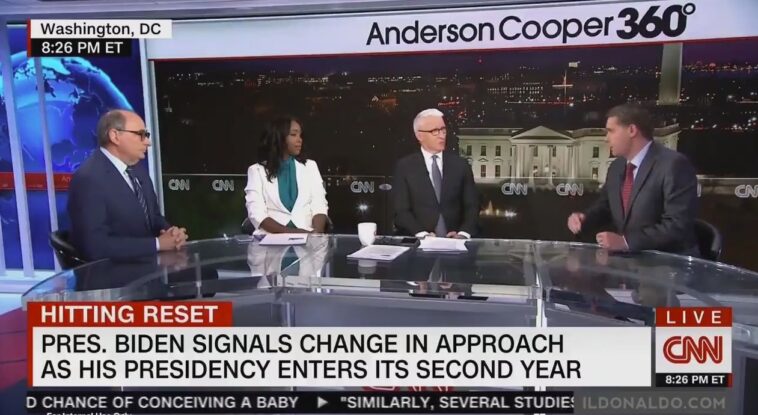 CNN is the death knell for Democratic criticism. However, a guest eluded the network’s vetting procedure this weekend and launched a vicious attack on Biden’s ideas, all while the CNN regulars sat in stunned silence. Anderson Cooper spoke to Scott Jennings, former Special Assistant to President George W. Bush, and asked him to comment on Vice President Joe Biden’s presidency.

“He has no mandate, really, to do much of anything,” he went on. “It’s amazing that he got a couple of things done when the mandate was pretty clear: 50/50 Senate and near 50/50 House, and a pretty close presidential election.”

“The mandate was simply ‘replace Donald Trump and don’t do anything drastic or stupid,” Jennings said. “And yet everything about this agenda is extremely drastic. And he’s been angrier than I think people expected, he’s been more divisive, he’s been more partisan.”

You don’t have to agree with anything Jennings said to understand that a sea change is afoot when a CNN guest can destroy a Democratic president so eloquently and comprehensively without being stopped or yanked off the air.

There’s a reason CNN’s ratings plummeted by 90% after four years of demonizing Donald Trump. In America right now, the only bigger calamity than CNN is the Biden presidency.