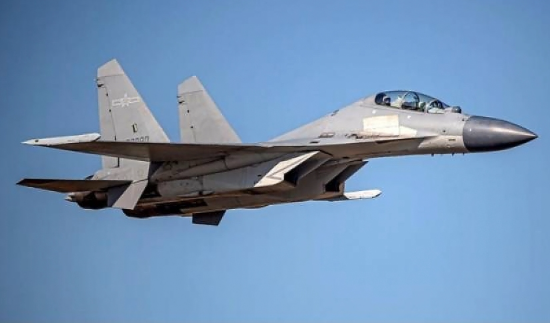 According to The New York Times, China sent a record number of planes to threaten the autonomous island of Taiwan as a warning to the Biden administration.

In the hours running up to Monday morning, The Times reported, fighter jets, marine patrol aircraft, and drones buzzed the area near the island nation, showing “Beijing’s thirst for conflict with the United States over Taiwan.”

The National Defense Authorization Act, which included provisions to strengthen American assistance for Taiwan, was signed by President Joe Biden a few days prior to the rise in military activity.

CNN reports that during the incident, Taiwanese officials saw 71 Chinese aircraft flying over the island, leading them to prepare their patrol aircraft, land-based missile systems, and navy boats.

Taiwan’s defense ministry declared on Sunday that what the Chinese Communist Party has been doing “has once again shown its mentality of using force to resolve conflicts and endanger regional peace and security.”

Furthermore, 47 of the 71 aircraft made it across the Taiwan Strait, which separates the two countries.

As a “firm response to the current U.S.-Taiwan escalation and provocation,” Senior Col. Shi Yi, a spokesman for the Chinese military’s Eastern Theater Command, said that readiness patrols and first-strike exercises were carried out. “The theater troops will take all necessary measures to resolutely defend national sovereignty and territorial integrity.”