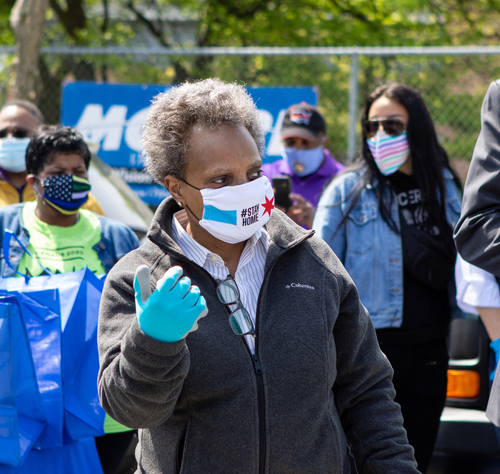 Poor Lori Lightfoot’s situation appears to be getting a little worse thanks to Texas Governor Greg Abbott. Abbott has spent the entire summer transporting undocumented immigrants by bus to New York City and Washington, DC. He has now turned his attention to Chicago. They could be prepared to take a bus back to the other side of the Rio Grande after spending a winter in Chicago.

During a press conference last week, Lightfoot said that Texas Governor Greg Abbott is creating a humanitarian disaster with his busing initiative.

In just the month of July, 100 people, or.0005% of all those crossing the southern border, did so. A local carnival’s rainy day has 100 attendees.

The number of migrants who arrive in these cities differs greatly from the actual encounters at the southern border.

Since implementing this busing plan in the spring, thousands of migrants have been transferred to these sanctuary cities, giving Texas’ overburdened border communities the much-needed relief they so needed.

Chicago is a sanctuary city and will not refuse services to people based on their immigration status in accordance with its “Welcoming City Ordinance.”

Additionally, the city does not mandate that local police assist federal immigration agents.

WH Press Secretary Under Fire For Saying 2016 Election Was Stolen