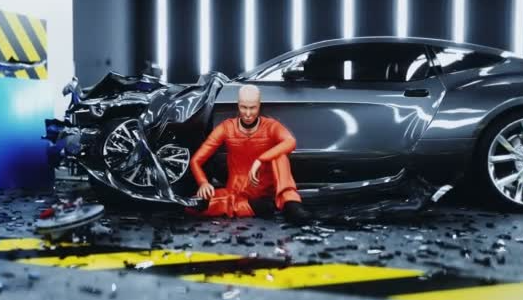 The umbrella firm, which continues to have a majority stake in Peugeot, Groupe PSA, Citroen, Opel, Chrysler, and Dodge, claims that Takata airbags in at least 276,000 older vehicles have serious issues.

Four distinct product lines are specifically targeted by the recall:

Owners are advised by Stellantis to immediately stop driving the vehicle for safety concerns. To find out if the flaw affects their mode, drivers can call 1-833-585-0144 or go to https://www.nhtsa.gov/recalls. All around the US, authorized FCA-brand dealers offer repair services.

On November 3, the National Highway Traffic Safety Administration (NHTSA) issued a separate letter regarding the problem. It was established that at least two fatalities caused by driver-side airbag explosions during collisions over the previous seven months. At the time, both were operating 2010 Dodge Chargers.

According to reports, Takata’s defective airbags have been blamed for at least 32 fatalities globally over the previous ten years. Of those fatalities, at least 23 took place in the US.

The injector’s storage of ammonium nitrate, according to CNBC, is the cause of the issue. When it works normally, it creates a little explosion that is just big enough to trigger the airbag in the event of a collision. The chemical becomes unstable after prolonged contact with heat, moisture, and humidity, which increases the risk that the airbag will burst and shoot metal fragments in the direction of the driver’s face.

The Takata airbag problem is not brand-new. In 2015, Stellantis started replacing the damages for free. According to the business, several drivers have allegedly declined to bring their cars in for repairs because of a lack of time.

Biden Vows To Shut Down Coal Plants All Across America