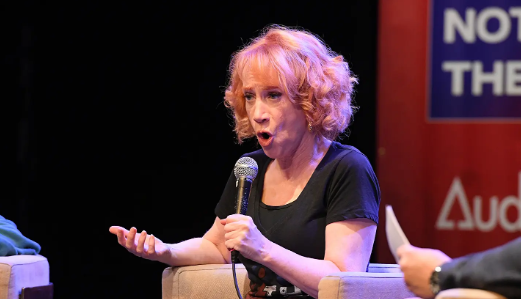 The comic Kathy Griffin’s account was suspended on Sunday, making her the most recent victim of Elon Musk’s Twitter takeover.

After changing her username to Elon Musk, Griffin, 62, appeared to be immediately removed from the social media platform.

Despite the fact that her handle displayed @kathygriffin, the name “Elon Musk” appears beside her blue checkmark. This violates the company’s anti-impersonation policy.

Just weeks after formally acquiring Twitter for $44 billion after months of legal fighting, the founder of SpaceX demonstrated that he was taking his “Chief Tweet” role seriously by addressing phony accounts.

Going forward, any Twitter handles engaging in impersonation without clearly specifying “parody” will be permanently suspended

“Going forward, any Twitter handles engaging in impersonation without clearly specifying ‘parody’ will be permanently suspended. Previously, we issued a warning before suspension, but now that we are rolling out widespread verification, there will be no warning. This will be clearly identified as a condition for signing up to Twitter Blue,” Musk wrote Sunday night.

Elon Musk is introducing a $8 per month subscription service via which any Twitter user may quickly get a blue checkmark icon.

In the past, the plain blue mark was used to confirm official accounts, well-known people, politicians, journalists, and other screened users.

The revamp is a component of the company’s debt-reduction measures. Less than 450,000 accounts out of Twitter’s over 237 million users presently have the blue checkmark icons.

The workers who claimed the layoffs broke the Worker Adjustment and Retraining Notification Act, which calls for 60 days’ notice for employees, reportedly filed a class-action complaint against the corporation.