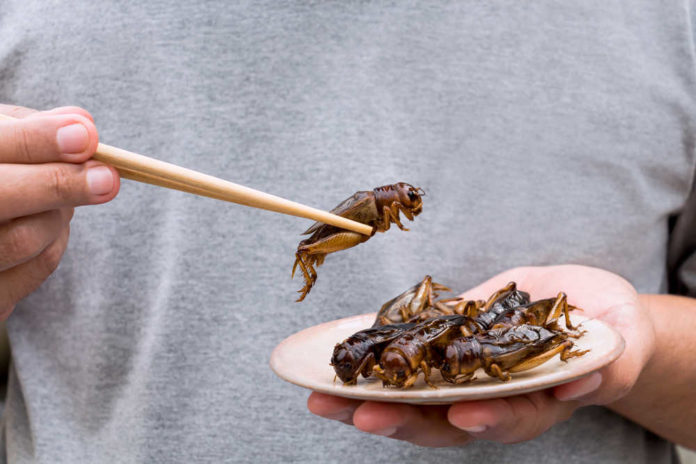 The “Eat the Bugs” movement may be reaching Americans closer to home thanks to a new food facility in Canada. The largest producer of alternative proteins in the world is now the cricket manufacturing plant.

Aspire Food Group, which runs the insect manufacturing facility in London, Ontario, declared last month that the company will generate about ten tons of crickets for North American consumption per year.

According to the company’s website, Aspire is a pioneer in the drive to manufacture incredibly high-quality protein with a small environmental impact. The company is also creating autonomous robotics and cutting-edge distribution systems to raise our insects from hatch to harvest, it is said.

It boasts that other businesses could nearly anywhere at relatively low cost replicate its production technique.

According to research from the United Nations Food and Agriculture Organization, eating insects is rather prevalent in many parts of the world despite what Western society may think.

The study reveals that entomophagy is despised and associated with primitive conduct in the West. The UN organization asserts that insect development in agriculture has been overlooked due to prejudice.

According to Michelle Colgrave, a professor at Edith Cowan University School of Medicine, more than 2 billion people consume insects daily in the globe today. She thinks that as an alternative to conventional animal production for protein, insects should be taken into consideration.

According to Colgrave, insects can expose people to pathogens and trigger allergic responses. In terms of allergenic proteins, insects and shellfish like crabs and shrimp share a lot in common. Colgrave said that it as a result of crickets and mealworms’ tight biological connection to crustaceans.

Colgrave said that by making sure that meals based on insects are tested and properly labeled to safeguard those who have allergies to shellfish or insects, the allergy concerns may be resolved.

By 2050, when there will be about 9.7 billion people on the planet, the professor’s estimation is that crickets and a variety of other insects may be crucial for human food supplies.