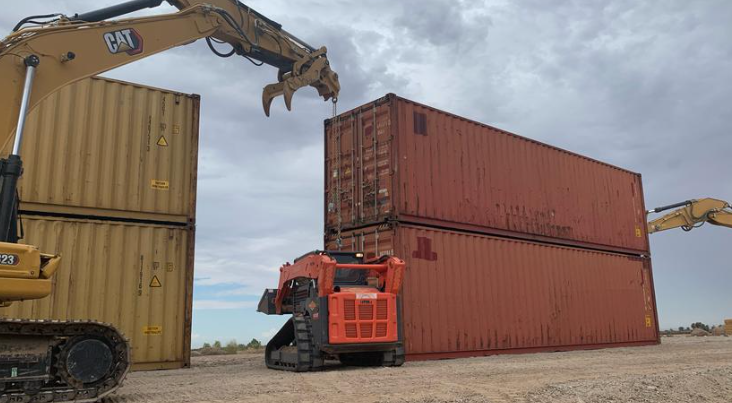 Since the Biden administration would not accept blame for the crisis’ creation, Arizona is taking border security into its own hands.

The Arizona Department of Emergency and Military Affairs has been ordered by Gov. Doug Ducey (R-AZ) to repair any cracks in the Yuma border wall.

In a conference call with reporters, Ducey said that work on the wall to complete the one that President Joe Biden had ordered to stop when he took office in 2021 had started “six minutes ago.”

We issued an Executive Order directing the Arizona Department of Emergency and Military Affairs to immediately fill the gaps in the Yuma border wall. pic.twitter.com/ZElkH0x39X

“If the federal government won’t act, we will. Our border communities are being used as the entryway to the United States, overwhelming law enforcement, hospitals, nonprofits and residents. It’s our responsibility to protect our citizens and law enforcement from this unprecedented crisis,” according to Ducey.

Arizona made news earlier this week when the governor decided without consulting the White House or the Department of Homeland Security.

Building the wall should be a no-brainer for the Biden administration, according to Tim Roemer, head of the Arizona Department of Homeland Security, yet they keep failing to take action.

“We’re done waiting for them. … The governor is done waiting for the Biden administration to act, and we’re going to… We in Arizona have told Washington for the last year and a half that they were making a mistake and they were neglecting this issue and it was going to boil over and get so much worse, and it did,” Roemer stated.