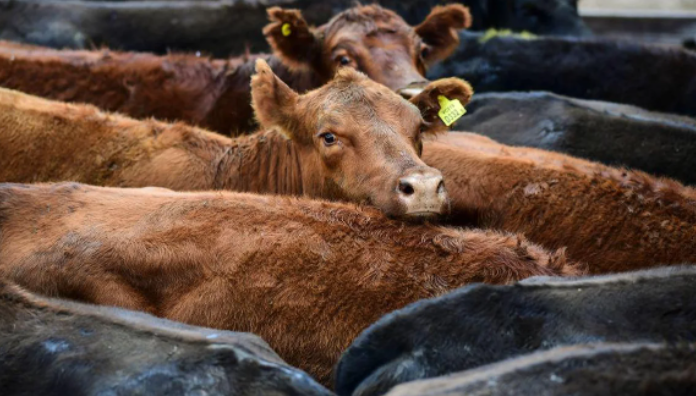 As cattle farmers in the United States continue to decrease their herds, beef prices are expected to rise.

According to the Wall Street Journal, this decision is anticipated to substantially curtail US beef supply in the following months. According to government data, increased feed and other expenses are prompting ranchers to sell calves into feedlots across the country at a quicker pace, resulting in fewer cattle available for slaughter. Later this year and into 2023, this is projected to become more pronounced.

Drought conditions have ravaged grazing meadows across the Western United States, forcing cattle ranchers to spend more money on supplementary feed, creating yet another huge concern for the beef sector.

Beef output is anticipated to fall by 7% by 2023, while cattle prices are expected to reach new highs. Meatpackers such as Tyson Foods Inc., JBS USA Holdings Inc., Cargill Inc., and National Beef Packing Co. face major challenges as a result of rising costs and dwindling supplies. The increasing expense of beef production is almost certainly already being passed on to consumers. Beef products will become more costly as the cost of raising and maintaining cows rises, and as fewer cows are bred for slaughter.

In recent months, Jeanie Alderson, a fourth-generation rancher in Birney, Montana, sold roughly 75 aged mother cows from her herd of around 250. Alderson usually buys new cows in the spring to replace the ones she sells, but she says it’s too expensive for her to add any more to her herd this year.

Obama Faces Backlash For One Of The Worst Tweets In History