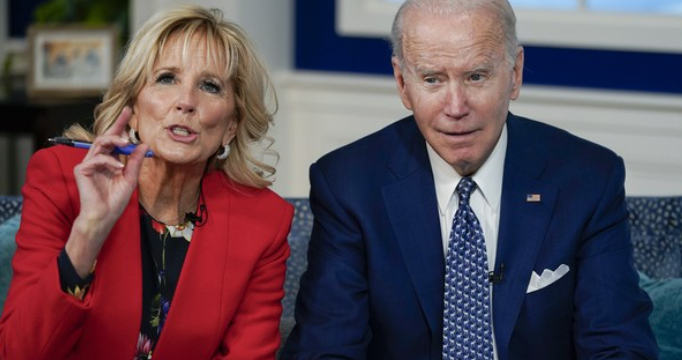 First ever in history, @FLOTUS physically moving the president backwards while he's speaking to the press. Incredible evidence of Biden's cognitive issues.

The government has been utilizing a covert pre-screening procedure to restrict media access to major events with President Biden. Nearly 70 journalists have requested White House press secretary Karine Jean-Pierre to end this practice.

Jill Biden drags Biden away from talking to reporters: "We gotta go!" pic.twitter.com/MJuItc1HJ9

Only journalists with pre-credentials for engagements with Mr. Biden are permitted entrance to events, according to White House staffers. When journalists have asked for information on why they were not permitted to attend an event with the president, they have heard a variety of justifications, ranging from COVID-19 limitations to a lack of capacity in the venue.

"Nope. Like no more. No more questions," Biden's daughter and granddaughter pull him away from reporters. pic.twitter.com/cqrqgO1JQy

Over the weekend, before boarding Air Force One, Biden stopped to meet with reporters. The First Lady went over in a hurry, agitated, and attempted to physically remove him from the conversation.

The Easter Bunny is forced to usher Biden away. pic.twitter.com/2VDxdGRCW7

And the Easter Bunny steps in to keep Biden away from reporters when the First Lady isn’t available.