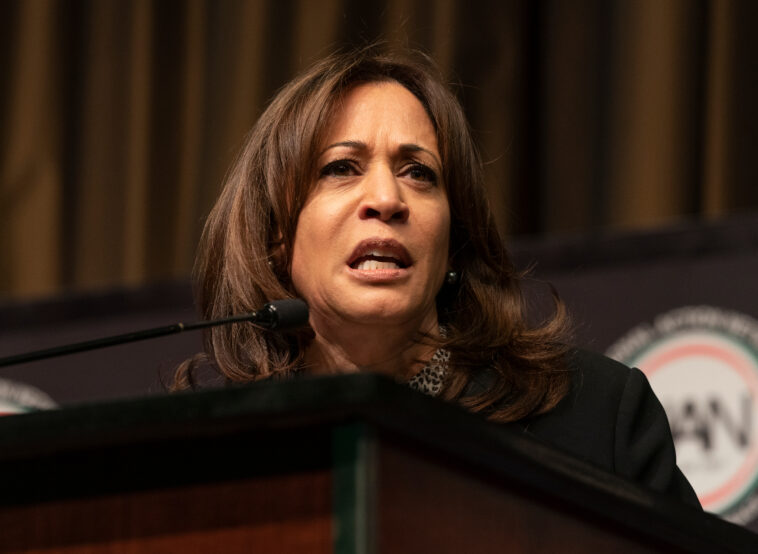 When asked a question or makes a public statement, Vice President Kamala Harris is infamous for sputtering like a drunken frat boy after a weekend binge. This reputation is well-deserved, as evidenced by her recent remark that the only solution to the problem of American women becoming pregnant is abortion.

In an interview with podcaster Brian Tyler Cohen that was published on Sunday, Harris remarked, “Listen, women are becoming pregnant every day in America, and this is a serious issue.”

KAMALA HARRIS: "Women are getting pregnant every day in America, and this is a real issue." pic.twitter.com/hWErnMztJf

In the US, women become pregnant every single day. Like they do in every single nation on earth. Is Harris seriously advocating that we increase the number of abortions performed in order to prevent women from becoming pregnant?

Harris was seeking to make the case that in order to overcome state limitations on abortion that became effective after the Supreme Court reversed Roe v. Wade, Congress must legislate a federal right to abortion. According to the vice president, lawmakers must act quickly in light of the issues and stakes involved.

She continued by saying that codifying Roe will aid in putting safeguards in place for those who are now at danger of becoming pregnant.

Her blunder, which implied that she opposed childbearing, delighted the Republican Party’s PR department.

The GOP also criticized Harris for misrepresenting the Florida Parental Rights in Education Act to Cohen’s audience, which forbids K–3 teachers from teaching students about sexual orientation or gender identity and limits classroom discussion on those subjects to what is developmentally or age-appropriate in higher grades.