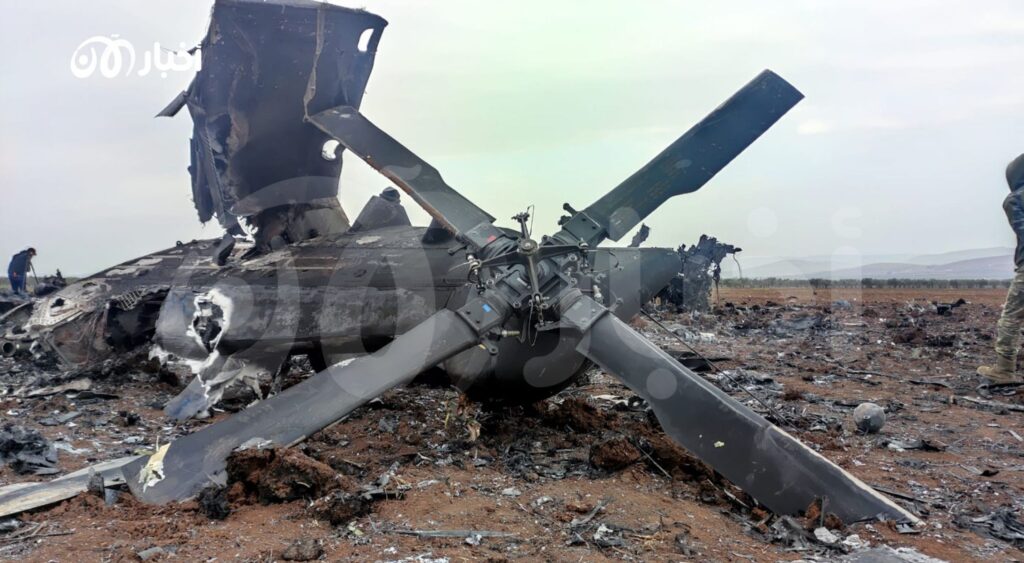 According to reports, a US military chopper was lost in Syria during an attempt to kill top ISIS commander Abu Ibrahim al-Hashimi al-Qurayshi.

President Joe Biden revealed that the top leader of the Islamic State organization was killed in a US special operations mission in northwestern Syria early Thursday.

President Biden announced that he would speak to the American people about the military operation later. However, the raid is said to have resulted in the destruction of a US military helicopter.

Mousse prepared a map showing the exact location of the house which was raided by US forces last night in Atmeh, Turkish Border. He also mentioned that there are a lot of chatters of who the target was but no confirmation as of yet.

He further stated that based on their source in Atmeh, there is a 2-storey building with major damages inside. He said that it was unclear who the Americans are after but they only attacked one house which tells you that this is a targeted operation.

The Americans yelled out via speaker, “You have 15 minutes to surrender and get out of the house”. As per the eyewitness, the residents went against the demand and a gunfight ensued.

At least 13 people, 6 children and 4 women included, were killed in the cross-fire.

Did BLM Dupe Corporate America Out Of Millions