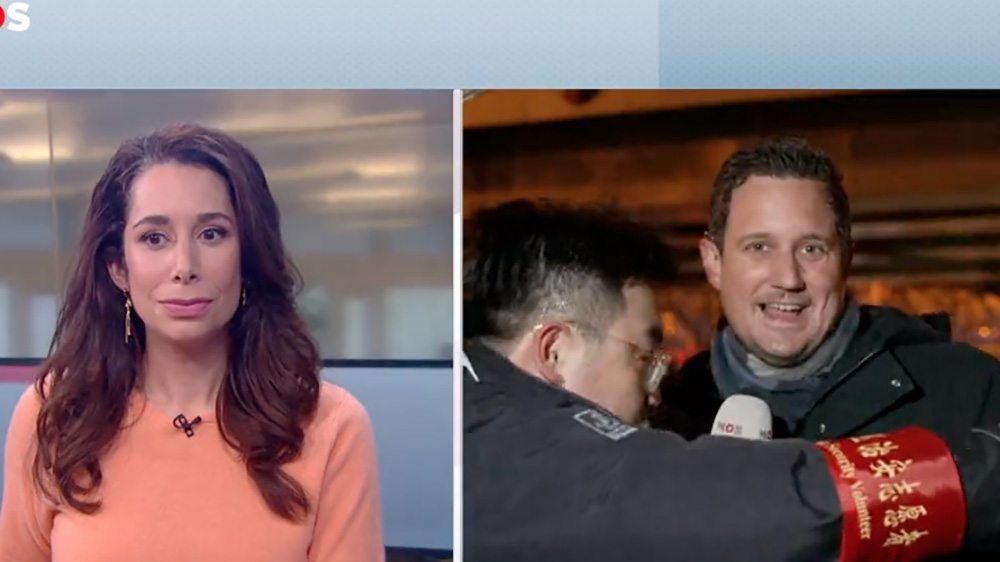 A Chinese cop was recently caught on tape attempting to physically prevent a Dutch reporter from broadcasting live.

The reporter, Sjoerd den Daas, works for NOS Nieuws, and the incident occurred just as the 2022 Winter Olympics in communist China got underway.

Den Daas is seen standing with his microphone in place as a NOS anchor from the studio handed it over to him for his live broadcast in a video circulating on the internet.

A Chinese officer with a red armband enters the live picture just as den Daas begins his report. The officer says something to den Daas before forcibly preventing him from reporting.

The Chinese officer grabs den Daas’ arm and tries to pull him away, all the while muttering something to den Daas as the struggling reporter tries to continue his reporting.

After a while, the camera zooms out to see other Chinese officials in the area. The camera lights are eventually switched off, and the transmission is returned to the NOS studio.

Because everything occurred in a different language, specifics have been difficult to come by. However, according to the Dutch newspaper Algemeen Dagblad, before the Chinese representative interrupted, den Daas was discussing the Olympic Games’ opening ceremony.

What exactly motivated Chinese authorities to intervene in the journalist’s live shot is still unknown.

Watchdog Group Calls For Investigations Into Finances Of BLM Group