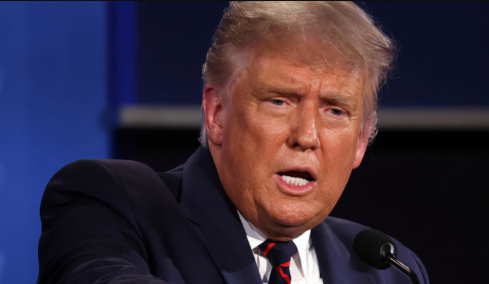 Voter fraud, according to former president Donald Trump, is to blame for Republican US Senate candidate Blake Masters’ defeat to US Senator Mark Kelly in Arizona (D-AZ).

However, there is already a heated debate surrounding this election, and much like in 2020, Maricopa County, Arizona, is at the center of it. Mail-in ballots are still being counted there.

The former president said that only in Republican districts did a substantial proportion of voting machines fail to function. Thousands of people abandoned the voting lines after being made to stand in line for hours due to fatigue or having other things to do. Even Arizona Republican gubernatorial hopeful Kari Lake was brought to a district that leans Liberal Democrat in order to cast her ballot. Others were not as fortunate. This is voter fraud and a hoax, not unlike stuffing the voting boxes.

On Thursday, Masters said, “we are seeing the last few big, pro-Dem drops. Soon they’ll run out, & then there are hundreds of thousands of pro-R ballots to count. We will overtake them and win.” Over the last few days, Masters had been insistent that things will turn out in his favor.

It’s difficult to imagine that Masters will concede without a struggle, but it’s simple to see that the establishment will merely attempt to put this election behind them, as they did in 2020.