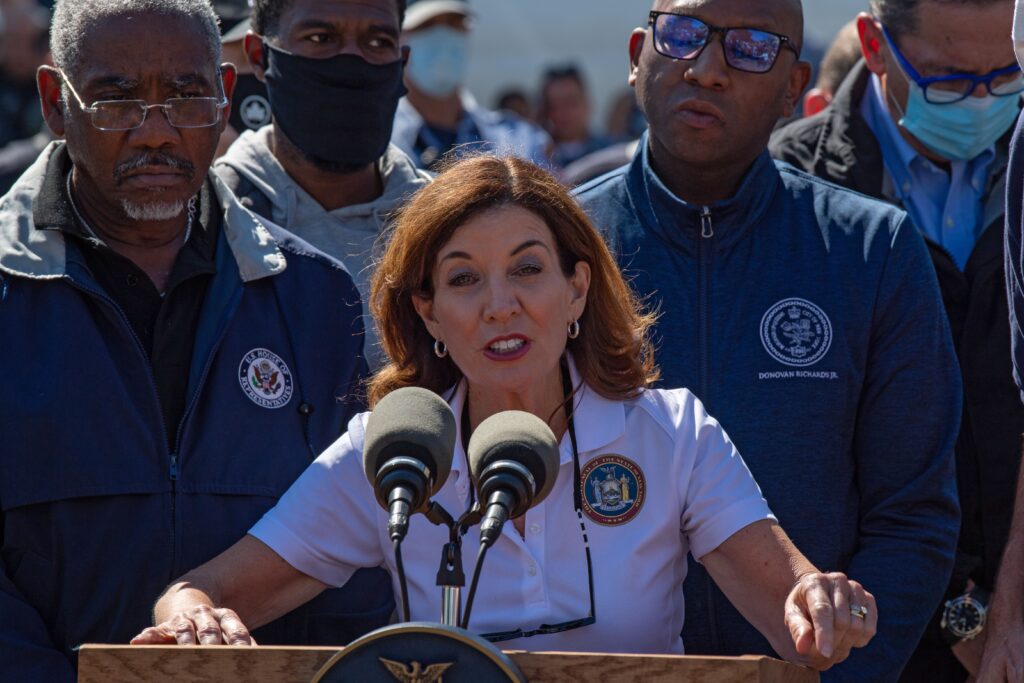 Yesterday, a crazy shooter opened fire at a New York grocery store, spewing lead from his rifle barrel as he railed against the world.

Hochul started her demand for a crackdown by violently insulting people who have terrible beliefs, telling them to crawl back into their holes.

“They must be identified. And now is the time for elected officials from both parties to speak up and condemn it, to shame it, and to ensure that these folks crawl back into their burrows and remain there. This cannot be a part of our national conversation in the United States of America. It is the role of leaders to call it out.”

Hochul appeared to be on a roll as she resumed her crazed diatribe about how bad freedom is, launching a scathing attack on weapons and free speech and threatening to do more to restrict New Yorkers’ freedom.

“As the governor of New York, I also have a responsibility to ensure that people are protected when it comes to guns.” We have some of the strongest gun restrictions in the country on the books here, but the firearms come from other states, or the increased magazine, which is precisely what occurred here, the high-capacity magazine that resulted in the killing of folks in my community.”

The solution to mass shootings is to let decent folks carry weapons, not to restrict freedom in the wake of a crazy nut shooting up a shop.

Hochul’s blitzkrieg-style attack on rights in this case, as well as his casual attitude toward the issue when a black nationalist opened fire on a New York subway, demonstrate the anti-white, race-based lens through which Democrats see many areas of daily life in America.

VP Kamala’s Recent Speech is Her Worst Yet