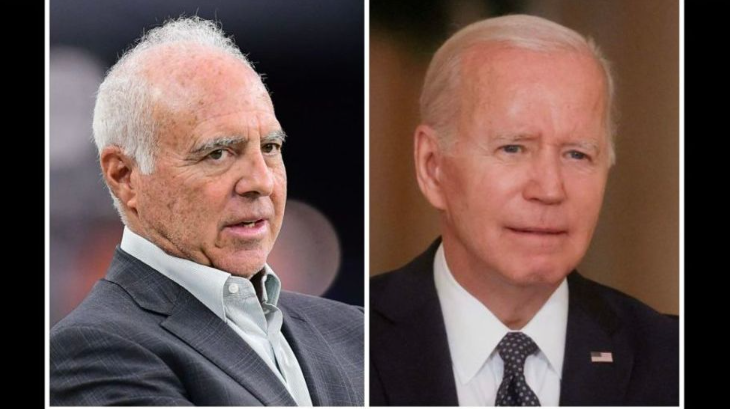 The Philadelphia Eagles have resolved to become gun control specialists as a team.

Following the tragic school shooting in Texas, people throughout the country are debating how to keep people safe, and many people, including President Joe Biden, are calling for the prohibition of popular semi-automatic firearms.

Jeffrey Lurie, the owner of the Philadelphia Eagles, can now be added to the list.

“Enough is enough! Assault weapons loaded with high-capacity magazines are a clear threat to public safety and should be banned,” Lurie stated in a statement posted by the team on Twitter on Friday.

Lurie went on to add that he hopes residents banding together to change the laws would persuade political officials to write and approve legislation that will allow people to feel safe when they leave their homes.

Following a string of horrific shootings throughout the country in recent weeks, calls for gun control and an assault weapons prohibition have resurfaced. On May 14, a racist attack at a Buffalo grocery store in a primarily Black area killed ten people and wounded three more.

The massacres in Buffalo and Ulvalde, in particular, have prompted repeated requests for revisions in firearms legislation. Aside from the NFL, prior to Game 5 of the Eastern Conference Finals, the Miami Heat’s public address announcer urged supporters to phone state lawmakers and demand common-sense gun legislation.

Steve Kerr, the head coach of the Golden State Warriors, used his pregame news conference before Game 4 of the Western Conference Finals to demand action from political authorities.