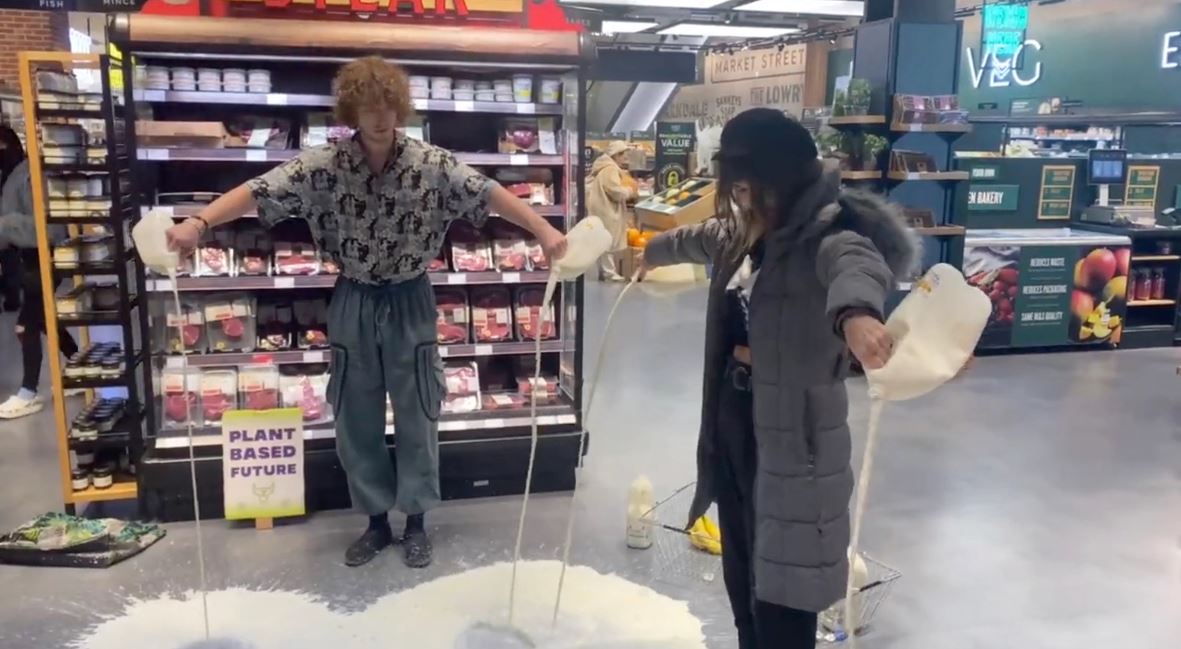 Pouring milk in grocery shops is the newest ecological fad.

According to the animal rights organization Animal Rebellion, the new fad includes teens who are worried about the environment walking into grocery shops, selecting cartons of milk made from cows, and then spilling out their contents.

Teenagers are shown in social media videos dumping milk on the ground, over checkout counters, and in other areas of the business.

The account also published a paper from Grain, a global non-profit, and the Institute for Agriculture and Trade Policy (IATP), which urges a drastic reduction in greenhouse gas emissions by the globe by banning the use of meat and dairy.

Many nations have set rules on the agriculture sector, such as caps on nitrogen emissions brought on by dairy production. Although these have also come under fire, environmentalists have promoted the use of dairy substitutes such almond, soy, coconut, and oat milk.

The Biden administration has made it clear that it wants to force reforms on the US agricultural sector in order to combat climate change.

According to the EPA, agriculture was responsible for 11% of all greenhouse gas emissions in the United States in 2020, compared to 27% from transportation, 25% from energy, and 24% from industry.

Trump Just Called Out Jewish People In The US