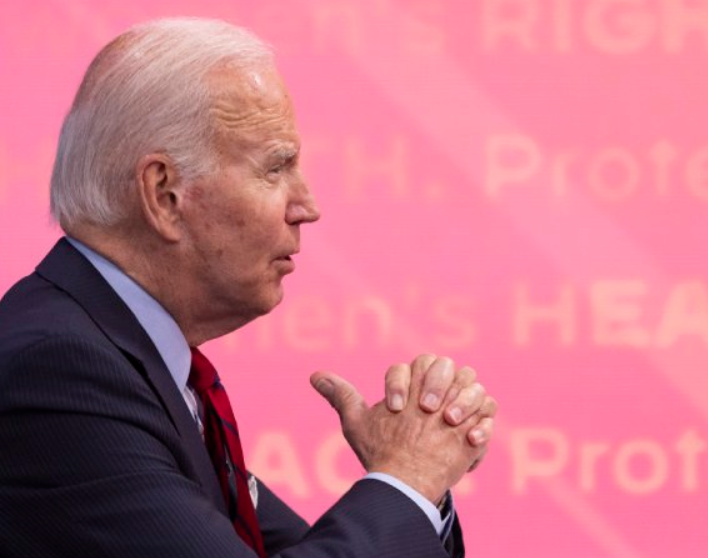 According to a New York Times/Siena College survey, the majority of Democrats do not want President Joe Biden to seek reelection in 2024.

64 percent of his own party members stated they would rather see someone else head the national ticket in the following presidential election, according to a Monday Times story.

The survey results were released two days after Peter Baker, the Times’ senior White House writer, claimed that Biden’s advancing age of 79 had become a source of discomfort for him, his staff, and his party.

The Times/Siena survey’s findings also revealed that just 33% of voters overall approved of the job Biden is doing, and only 13% thought the nation was headed in the right direction. This is the lowest level of support for Biden in the Times poll since the financial crisis more than ten years ago.

According to the Times/Siena poll, more than two-thirds of independents disapprove of the president’s performance, with over half disagreeing severely.

As the 2022 midterm elections get near, even a 70 percent job approval rating among Democrats still represents a rather low number for the president. Only 26% of Biden’s party members said he ought to be nominated again in 2024.

Widespread worries about the economy and inflation have contributed to a rather gloomy attitude across the country, both for Mr. Biden and the future of the country.

More than 75% of registered voters believe that the country is headed in the wrong path. This feeling of pessimism is broad and includes both political parties, every region of the nation, every age and racial group, as well as every city, suburb, and rural area.

It has been frequently stated by Biden, who is already the oldest president in American history, that he plans to compete for reelection.

The president’s linguistic slip-ups and physical capacity for office have come under more scrutiny lately.

Younger voters tend to be Biden’s sharpest detractors. According to the Times/Siena poll, 94% of Democrats under 30 indicated they would prefer a different presidential candidate.

Even while more than 75% of poll participants said the economy was very important, only 1% thought things were doing very well. Ninety-three percent of voters in the 18 to 64 age range thought the economy was either bad or fair.

Cartel Smugglers Caught But Then Released Thanks To Lax Bail Laws