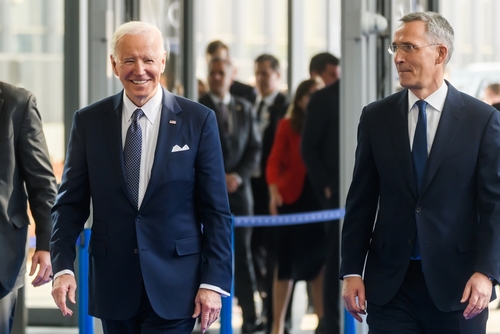 After Biden was elected, he promised to bring the country together, revitalize America’s soul, and improve things in general.

Rather, Biden’s presidency has been distinguished by attempts to force COVID vaccine mandates on Americans, economic difficulties, and a string of gaffes from his lips.

Biden has disappointed a lot of people. Because of his policies, a large portion of the country is suffering. According to a recent poll conducted last week, 49% of Americans are in worse financial shape than they were a year ago.

According to a more recent poll, minority support for this president has dropped dramatically from July 2021 to present.

ABC's Jonathan Karl: "Violent crime in American cities remains persistently high, and there is a growing problem at the border." pic.twitter.com/WMSkCTFZET

Biden’s performance among minority voters has deteriorated in recent months, according to new findings from Marquette University Law School’s most recent poll.

The president’s alienation of so many African-American voters will be a major issue for Democrats in the future.

Democrats have relied heavily on black voters to win elections, and the 32 percent drop in support from black Americans indicates that Biden’s strategy isn’t working.

ABC's Jonathan Karl: "Biden has called it a 'Putin Price Hike,' but most Americans aren't buying it — and the fact is gas prices were on the rise BEFORE Russia invaded Ukraine." pic.twitter.com/TYve3uhNVx

Republicans are doing better and better in polls as Democrats lose support from key voter blocs.

Polls show that the American people trust Republicans the most to deal with topics such as the economy, foreign policy, crime, gun violence, and more.

Republicans are also expected to make record gains in the November midterm elections, according to polls.

It will be critical to restore Republican control of Congress. It will protect the American people from having to bear even greater inflation as a result of new spending bills that have been passed into law.

The Biden administration’s justifications will not change America’s course or the certainty of what will happen in November.