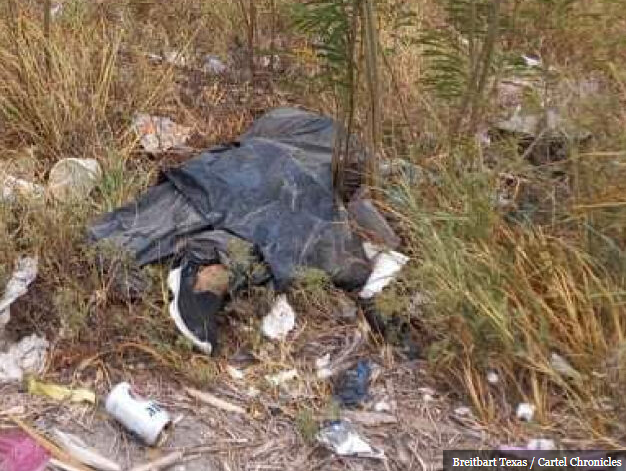 The 10-mile roadway near the border city of Reynosa, Mexico, has been used as a body dump by cartel shooters. Authorities have discovered 15 bodies that have been burnt, buried, or discarded by shooters so far this year.

The 10-mile-long Viaducto Reynosa stretches along the city’s southern edge. Despite a state police substation being close by, gunmen from the Gulf Cartel dispose of remains along the route.

On Tuesday afternoon, when officials got a 911 report about a person on fire just south of the roadway, the most recent dump was taking place. A guy who had been set on fire next to a mound of tires was discovered by officials after roughly three hours of searching the location.

Before photographing the crime scene, authorities asked the nearby fire department to assist them in extinguishing the flames. The victim’s identity is unknown.

Tuesday afternoon, officials discovered a corpse that had been abandoned along Viaducto Reynosa close to the rural village of Anacuas after receiving information from social media posts.

According to law enforcement sources in Tamaulipas contacted by Breitbart Texas, there have been instances of bodies being discarded along the Viaducto Reynosa in the past. The location on the south side and the lack of traffic on the route outside of rush hour are the main causes. There are also wide-open fields all around the area.

For years, the Gulf Cartel has used mass graves and burning to get rid of victims. Local authorities assert that the low murder rate in the border city is caused by the absence of homicide scene evidence.

Majority of Americans Believe Bidenflation Will Be Worse in 6 Months