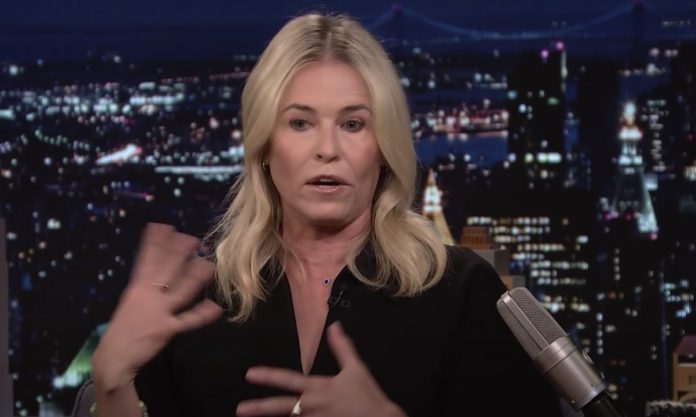 The recent Roe v. Wade decision by the Supreme Court, which represents a significant triumph for the pro-life movement in America, prompted a number of left-leaning Hollywood celebrities to express their opinions.

Women have no right to make their own reproductive health decisions. Separation of Church and State is being obliterated. Everyone has a right to carry a concealed firearm. We’re being tyrannized by an Autocratic minority.

Many others, including Amy Schumer, Chelsea Handler, Michael Moore, and others, spoke out against the decision, urging Americans to rise up and take action.

They did it. THEY DID IT TO US! #SCOTUS has overturned #RoevWade, enshrined in the Constitution as settled law for over 50 years. How dare they? This #SCOTUS is absolutely tone-deaf to the will and even the actual needs of the American people. #WakeUpAmerica

Chelsea Handler, a leftist comedian, once said, “No justice, no peace.”

“The choices we make in the next few hours will determine the fate of our democracy. Minutes ago the Supreme Court ruled, once again, that women are indeed second-class citizens stripped of their rights to control their own bodies, and forced to give birth should they become pregnant,” Moore said.

Throughout history, women haven’t been trusted. Not to vote, or to decide who they marry, and now to make their own decisions about their bodies. But you can trust we will not let this stand, that we will be heard, and we will get the rights we deserve. #RoeVsWade

“This is one of the worst abominations ever committed by this country,” he said. “And if we don’t act, right now, they will get away with it. So, on this day of infamy, I ask, I beg, I implore you —MAKE YOUR VOICE HEARD! FLOOD THE STREETS!”

I’m absolutely terrified that this is where we are – that after so many decades of people fighting for women’s rights to their own bodies, today’s decision has stripped us of that. https://t.co/mwK561oxxl

Others in Hollywood, such as Bette Midler, Patton Oswalt, Ellen DeGeneres, and many more, experienced similar breakdowns in response to the decision to reverse the seminal judgment from 1973.