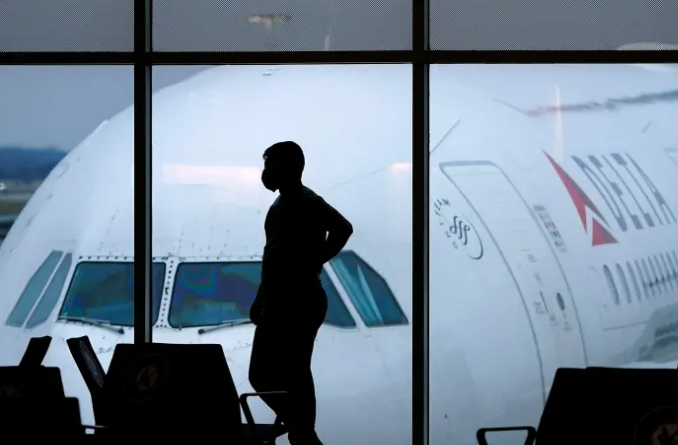 Before 6 p.m. on Sunday, 403 flights within, into, and out of the nation were canceled. According to the flight tracking website Flight Aware, more than 550 flights were canceled on Saturday. By Sunday evening, at least 102 flights scheduled for Monday had been canceled.

“I’m never flying JetBlue again!” Before I fly JetBlue, I’m going to stroll! Mussawir Sadiqi, a Buffalo architect, stated that he will never travel with JetBlue again and that he will walk before flying with them. While passing the time at John F. Kennedy International Airport, he was questioned.

The 32-year-old was meant to be in Istanbul with his fiancée by Sunday.

Despite racing through the airport’s terminals, his trip from Buffalo to JFK was delayed Friday night, and he missed his connection to Turkey.

He has been unable to locate a hotel room in which to stay while awaiting his flight. Worse, his COVID-19 PCR test has run out of time.

“Thanks to Jetblue, I’ve been in an airport for the past 48 hours, not sleeping or showering!” ” Sadiqi explained.

The hotels are all booked due to the numerous delays caused by JetBlue.

JetBlue did not respond to a request for comment right away.

Sadiqi wasn’t the only one who got stranded at the Queens airport.

Sinan Aktas, a Parisian waiter attempting to return home, said that Delta Airlines failed to notify him that his trip had been postponed.

Delta has apologized for the delays and blamed a slew of difficulties that are delaying summer vacation plans.

The Federal Aviation Administration does not cancel flights, although poor weather in the summer frequently delays flight schedules, according to a message.