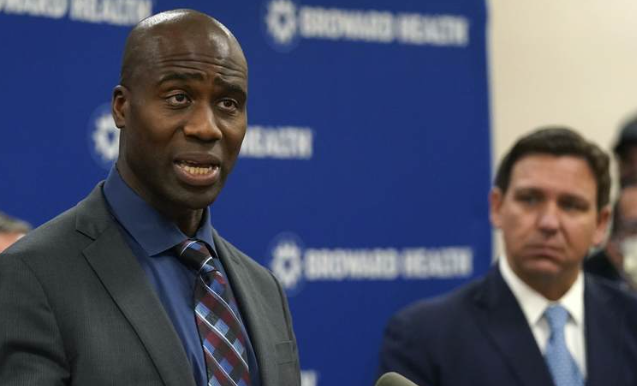 The hazards connected with the Covid-19 mRNA vaccinations, which Biden Administration officials claimed were unimportant, were discovered by Florida surgeon general Joseph Ladapo.

According to a research cited by Ladapo, “Autopsy-Based Histopathological Characterization of Myocarditis After Anti-SARS-CoV-2-Vaccination,” the vaccines actually caused serious health issues.

Thanks, @TracyBethHoeg, for highlighting these results that are consistent with Florida’s analysis. Autopsies found that 5/35 people who died suddenly within 20 days of COVID-19 vaccination had myocarditis as a likely/possible cause of death. https://t.co/k9OsU7FcDh

The study indicated that myocarditis was a likely or conceivable cause of death in five out of 35 persons who passed away unexpectedly within 20 days of getting the coronavirus vaccine.

10 of the people died from other reasons, whereas the remaining 25 persons that unexpectedly passed away at home within 20 days of receiving SARS-CoV-2 immunization had cardiac autopsy results that were compatible with epi-myocarditis.

One person died following the second shot, leaving five people dead after the initial round.

Person 1 was found dead 12 hours after the immunization, according to the study. A rattling breath was mentioned by a witness just before circulatory collapse was discovered. Person 2 reported feeling sick, and was later discovered dead.

DeSantis praised Ladapo for his research and noted that the surgeon has done a great job of focusing on the evidence while rebuffing the narrative and fraudulent claims being made by others.

“We are gonna work to hold these manufacturers accountable for this mRNA because they said there were no side effects and we know that there have been a lot,” DeSantis mentioned.

The results supported a recent survey that found Americans are becoming more concerned about potential negative side effects of the Covid shots.