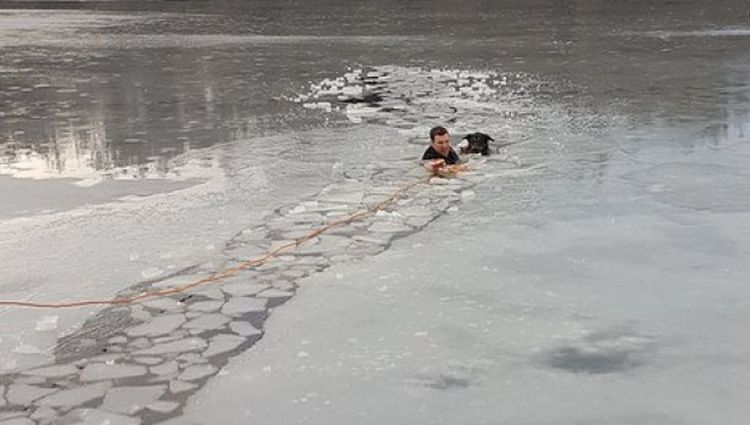 A New York  policeman who had previously demonstrated his bravery did it again last week when a dog became stuck in an icy lake.

Kona, a 10-month-old lab, was being walked off-leash at Bond Lake Park when she chased down a gaggle of geese that had landed in the middle of the frozen lake, according to Lewiston Police Department Facebook posts. Kona fell into the freezing ocean approximately 50 yards from shore as the ice gave way. Officer Jon Smith was among the first responders who arrived within 15 minutes after Kona’s owner dialed 911.

Smith can be seen discarding equipment before walking out on the ice to Kona on body-worn camera video. Smith grabbed Kona by the scruff of her neck and pulled her from the frigid water.

Kona rushed back to shore, shaking the freezing water from her fur, seemingly unconcerned by the incident.

The dog’s owner wrote to the police station, saying that he and Kona will be paying them a visit soon to appreciate them for their efforts.

According to officials with the department, Smith had already been recognized for his bravery after rescuing a woman from a blazing house in October.