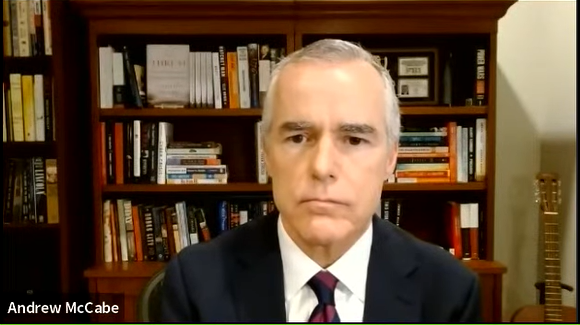 Andy McCabe, the disgraced former FBI #2, recently shown his true anti-conservative colors once more, this time in a bizarre diatribe in which he equated conservatives to ISIS and labeled parents protesting school boards a national security concern.

He ranted on video and said that in the FBI, he spent years fighting extremists in counterterrorism work. The demographic of devotees, those who are attracted to extreme speech and extremist activities, is precisely like that. That’s precisely what we are seeing.

He continued on and said that Americans who came to Syria to join the Islamic State, we saw physicians, attorneys, people who had lived their whole lives as Muslims, and others who had only recently converted.

There were affluent people, poor people, men and women of all ethnicities. So he believe that this is a regular occurrence among extreme groups. Some individuals are particularly prone to and attracted into any extreme movement’s main falsehood, and this is precisely what we’re witnessing today with this specific segment of Trump followers.

McCabe went on to accuse anti-CRT school board protestors of being violent after slamming Trump supporters concerned about voter fraud as ISIS-like fanatics.

If you’re outraged that your child is being brainwashed and go to holler at the communist infecting him with lefty mind viruses, the FBI should break down your door and arrest you, according to him.