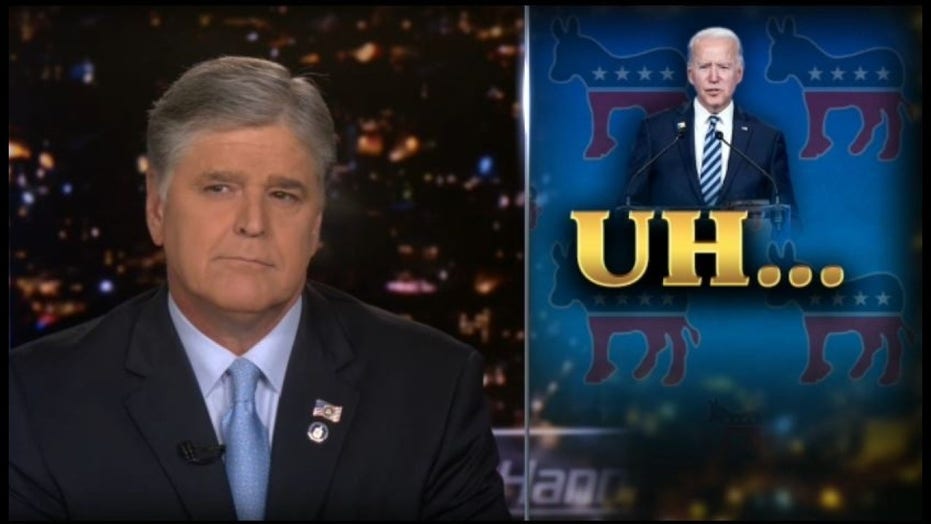 Hannity stated that Friday’s episode of the Fox program featured the new jobs report. It showed only 210,000 additional jobs to the U.S. Economy in November.

These numbers were far below what was expected. Experts had predicted that there would be some 550,000 additional jobs created during this period.

“Wait — I thought Biden promised to shut down the virus, not the economy,” Hannity pressed, according to Fox. “What happened?”

Despite reports suggesting otherwise and even concessions by the mainstream media, Biden delivered a speech Friday praising the economic success under his leadership.

“Our economy is markedly stronger than it was a year ago,” the president said, according to Breitbart. “And today, the incredible news that our unemployment rate has fallen to 4.2%.”

Biden continued to add: “Simply put, America is back to work and our jobs recovery is going very strong.”

Hannity doesn’t buy it.  “The November jobs report fell well short of all projections — remember that we are already facing a severe worker shortage and record-setting inflation. Instant growth is stagnant, high gas prices, and insanely high gas costs, and now it seems to be getting worse,” he stated on Fox’s Friday program.

Hannity also reaffirmed his long-standing claim that Biden, 79, isn’t cognitively fit to lead the nation. This assertion seems to be growing in popularity among voters who are still not sold on Biden as a leader. According to the latest reports, his approval rating is currently at 42.3%. This puts him 9.9 percentage points below the average.

“The two most powerful jobs in America are filled by people who can barely form a cogent sentence,” Hannity said Friday, apparently referring to both Biden and the 81-year-old speaker of the House, Nancy Pelosi (D-CA). “This is scary.”

Fox reports that Hannity told Biden, too, that he had “one big problem.”

“You can’t lie your way out of a crisis,” the Fox host warned. But that certainly won’t stop him from trying.