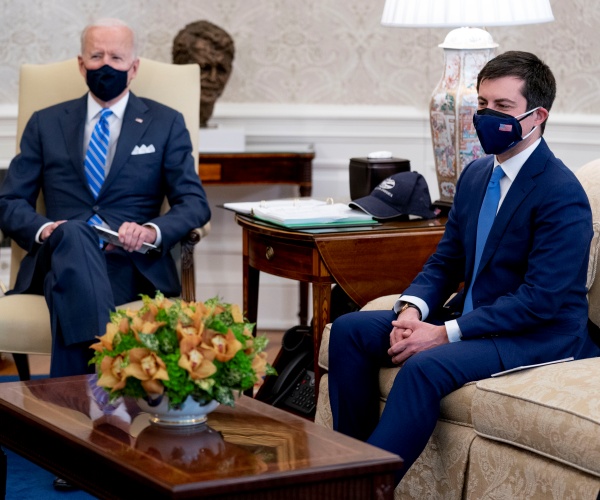 President Joe Biden’s claim that his $2.25 infrastructure package would create 19 million jobs is not accurate, it was reported.

“Independent analysis shows that if we pass this plan, the economy will create 19 million jobs — good jobs, blue-collar jobs, jobs that pay well,” Biden said when formally announcing the program.

Fact Checker column, however, said the president isn’t accurately predicting how many jobs the 8-year program will really create.

And Fox Business noted that specific research incorporates many jobs that would be generated if the government did nothing in any way.

But during that 10-year time span, the economy is already predicted to add about 16.3 million jobs — even if Congress does not pass the infrastructure bill, according to Moody’s.

In all, the plan itself will add about 2.7 million jobs, Much fewer than the 19 million promoted by Biden and other Government officials

“That sounds a lot smaller than 19 million, which is why administration officials presumably prefer to mention the larger number,” the Post’s Glenn Kessler noted in the Fact Checker column. “But then they have sometimes bungled the talking points to make it seem as if all 19 million jobs would stem from the infrastructure plan.”

Brian Riedl, a senior fellow at the Manhattan Institute who worked for Republicans on Capitol Hill, added: “Clearly, the framing is intended to mislead the viewer into believing that enacting the infrastructure bill will create 19 million jobs. The correct framing would be that Moody’s estimates that passing this infrastructure bill will directly add 2.6 million jobs over the long run.”

“I should be precise about this,” Buttigieg said. “So Moody’s modeled a future, a scenario, where the American Jobs Plan is passed. And in that scenario, they see the American economy creating 19 million jobs. And that’s 2.7 [million] more than if this bill doesn’t pass. So the point is, this will contribute to a scenario where we create that many jobs, and millions of them are specifically attributable just to this plan.”

that “the American Jobs Plan is about a generational investment. It’s going to create 19 million jobs.  And we’re talking about economic growth that’s going to go on for years and years.”

The White House did not immediately respond to a Fox Business request for comment.