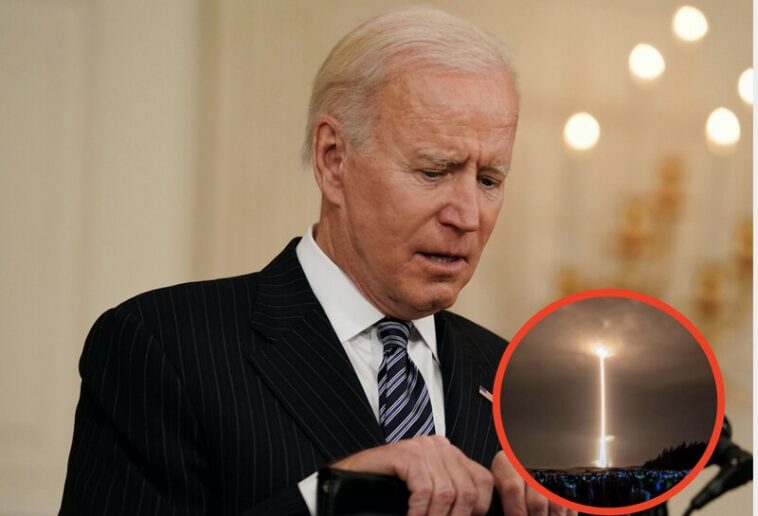 According to the Financial Times China has just demonstrated its advanced space capabilities by successfully testing a nuclear-capable hypersonic missile. America’s President is given a round of applause when he completes a sentence in English. (Yes, we are in trouble.)

The FT report adds to indicate that this capability was a surprise to the United States.

“The hypersonic glide vehicle launched by the Chinese military circled the globe in low-orbit space before speeding towards its target, sources told the paper.

Although the missile missed its target by about two-dozen miles, the test demonstrated China’s advanced space capability and took US intelligence by surprise, sources told the Financial Times.”

Continue To Read more below:

Our “President” is unable to complete sentences in his speeches, even though he uses the teleprompter to read them.

These are his latest clips, which should scare anyone who believes in strong leadership.

He is trying to pronounce his names, but slurring his words like mad.

He made another error yesterday. He realized that he had forgotten his mask.

China is planning for something bigger, while our leader is still stumbling and bumbling about without direction. If China came after us, we would be sleeping Joe running for cover like a coward.