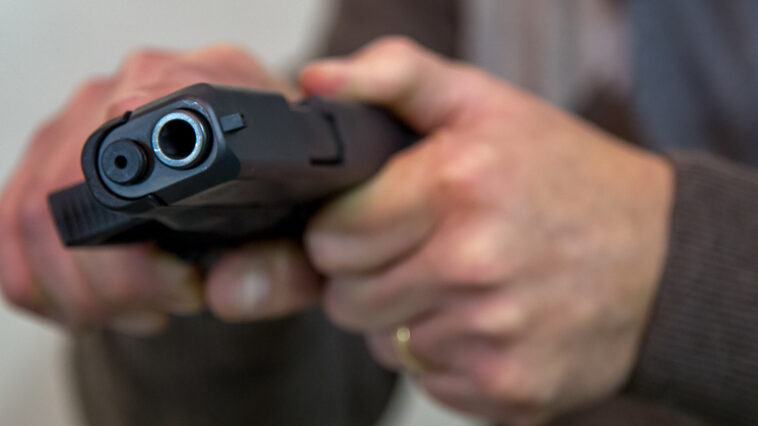 It was 8:45 p.m. in Flint Township, Michigan, when police from that township, state troopers, the Genesee County Sheriff’s Office, the Burton Police Department, and the Genesee County Metro Police Authority, as well as officers from the city of Flint, were deployed to the residence of an 80-year-old man, where a shooting had been reported.

Thankfully, despite the presence of many police agencies and personnel, a police presence was largely unneeded as the senior resident possessed a pistol, understood how to use it, and stopped the thirty-one-year-old burglar with a wall of lead, thereby ending his predatory conduct.

Around 8:45 p.m., a 31-year-old male reportedly broke into a home in the 1000 block of West Bristol Road. The householder, who was 80 years old at the time, confronted him with a handgun and fired at least one shot.

According to the Flint Township Police Department, the 31-year-old was pronounced dead of his injuries early Friday morning.

Although this investigation is still ongoing, it appears that the suspected intruder who was shot by the elderly homeowner was attempting to break into the house at the time he was shot. As a result of the Castle Law doctrine, the 80-year-old was completely within his rights to use ammunition to repel the invasion.

This is especially true since, according to the same legal firm, in a self-defense situation when the use of deadly force is permissible, such as in a house invasion scenario, there is no responsibility to retreat.