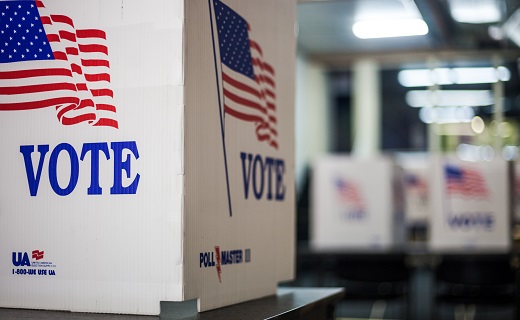 DC, Washington is thinking about introducing a new bill that would enable the municipality to mail mail-in votes to all eligible individuals, whether or not they are registered to vote.

The city would keep a continuously updated list of people who are preapproved to vote, with the only requirement of those on the list being to vote during election time, according to Bolts, an online publication. Bolts reports that the city would use information it gathers when residents interact with the Department of Motor Vehicles [(DMV)] and other agencies.

"A newly proposed bill in Washington, D.C. would allow the city to automatically send mail-in ballots to all residents deemed eligible to vote, even if they aren’t registered." #VoteByMail #CheatByMail #2000Muleshttps://t.co/NmDrKiwQiL

The Bolts report claims that the new regulation would pre-qualify people as voters, even if they aren’t actually on voter lists, as long as they’ve filed specific paperwork, the city would review them, mark them as qualified, and then they would be able to vote in advance. Following approval, the District will mail the approved voter a ballot for each election held over the following two years. In other words, Washington, DC would also inform them that they may vote by mail or in person to confirm their registration, so they would never need to actively register.

The Washington, D.C. The motion will be discussed at the council’s first open meeting, which was initiated by councilman Charles Allen. In a letter to Bolts, Allen supported the idea, claiming that voter registration has historically been used as a tool to prevent individuals from casting ballots and as a way to censor who you believe should be allowed to do so.

“In D.C., we want everyone to be able to vote,” he said, “unlike other parts of the country where we’re seeing folks want to restrict people’s ability to get to the polls and to vote.”

The District of Columbia implemented a front-end automated voter registration (AVR) system in 2016, wherein organizations like the DMV ask residents if they want to be automatically registered to vote or if they want to opt out.