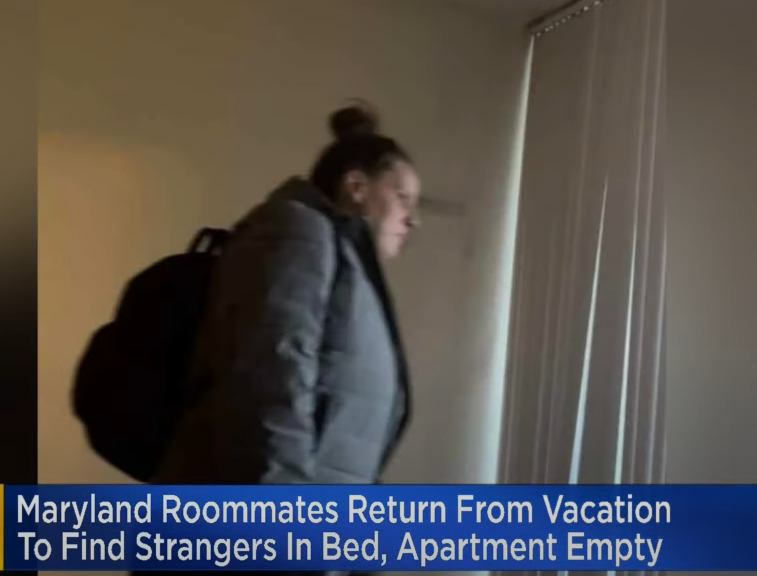 A Maryland couple claims they went on vacation and returned to discover all of their goods missing and another couple sleeping in their bed, which was the only thing they had left.

The unusual occurrence occurred on April 5 when the couple returned to their Greenbelt condominium. Since March 28, they had been on vacation.

The damage to their front door was the first thing they noticed. When they returned home, they discovered that all of their belongings had vanished, and the flat was utterly empty. They started filming with their cellphones at that point.

The bed was the sole remaining piece of furniture in the flat. And they discovered a couple sleeping on it.

According to the couple, the two individuals informed them that they had seized all of their stuff and then became hostile with them. They walked out of the apartment.

Furniture, food, clothing, and even the kitchen cabinet doors were missing from the residence. They claimed there was garbage on the walls and plastic bags stuffed with objects.

The couple estimates they have lost about $49k in personal items.

“It’s just so devastating to come home from what was probably a really nice vacation and be excited to sleep in your own bed, only to be completely rocked not only by the fact that someone’s been in your space, but they’ve taken everything,” Greenbelt City Police Officer Hannah Glasgow said.

The Greenbelt Police Department is seeking assistance in identifying the two suspects who were discovered in the residence. One was a black adult male, while the other was a white adult female. The couple filmed footage of the suspects before they escaped, and the police published screenshots from those tapes.

China Makes Financial Moves Against the US