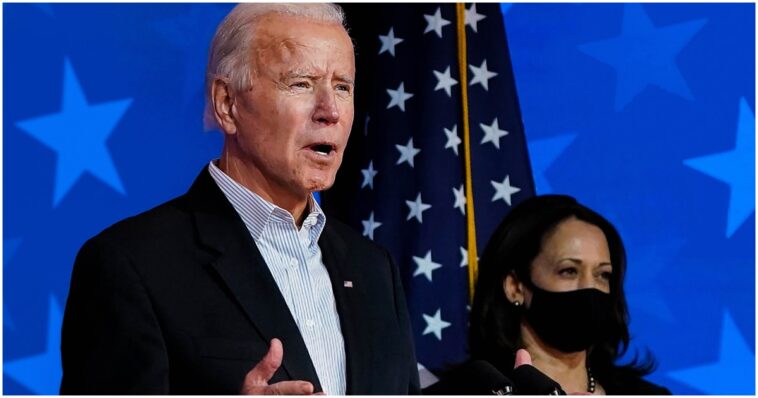 Republican Congressman Jason Smith of Missouri stated: “He reallocated $2 billion of money that should have gone towards COVID testing but instead sent it to house illegals at the border.

Never forget how leftists despise certain illegal aliens more than they despise Americans. If Democrats cared about their constituents, they would help homeless veterans.

Illegals are simpler to offer benefits to for Democrats in control, ensuring future votes in their favor.

It’s all about who has the most power. That is all there is to it.

You should be required to wear a dunce hat everywhere you go if you voted for Joe Biden in November 2020. Supporting a Democrat candidate at any level is ridiculous for far too many reasons to name.

If Joe Biden were elected president, he threatened to flood the southern border with illegal immigrants. There is video evidence of the former Vice President ordering them to arrive.

The major issue is that once in government, liberals muck everything up. Bad policies are born with good intentions.

ABC's Martha Raddatz to illegal alien who crossed the border: "Would you have tried to do this when Donald Trump was president?"

Raddatz: “Did you come here because Joe Biden was elected president?"

At this moment in time, not giving Trump a second term was the worst thing this country could have done.

To believe liberal policies are best for the country, you must be a pretty stupid person with no religious foundation.

It’s ludicrous to believe that Biden and his crew are doing a terrific job at the White House.

Were he president last year, Covid deaths “would be nowhere near what we’re talking about today”

“The competence of this team is beyond debate”; it’s "undeniable, and quite staggering, frankly" pic.twitter.com/23kzoE24vC

WHAT IS GOING ON WITH JOE BIDEN?

Joe Biden just said, "Now we have OVER 120 MILLION dead from COVID." pic.twitter.com/QBQTDyzzZt

Since March, the Biden administration has released at least 160,000 illegal immigrants into the United States, often with little to no supervision – including a broad use of limited parole authorities to make more than 30,000 eligible for work permits since August, according to Border Patrol documents obtained by Fox News.

The records provide a glimpse into how the Biden administration has been letting massive numbers of migrants into the United States, frequently with little to no inspection, surveillance, or immediate deportation danger.

NEW/THREAD: According to Border Patrol documents provided by a source, the federal gov has released over 70,000 illegal immigrants into the U.S. since August 6, including 31,977 released via parole (temp legal status, eligible for work permits).
94,570 released via NTR since 3/20 pic.twitter.com/ag5OMsYw27

Woman Isolates in Airplane Bathroom After Testing Positive For COVID