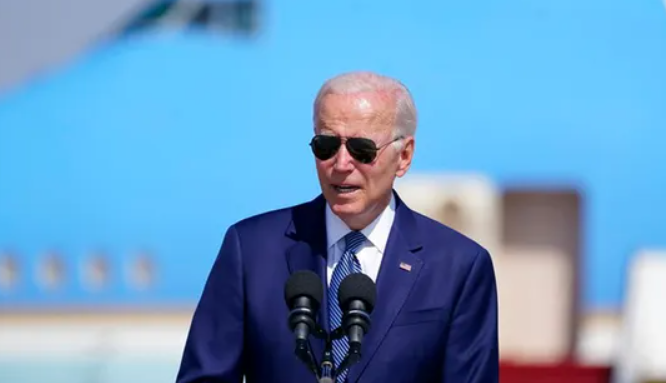 While in Israel on Wednesday, President Joe Biden added another blunder to his lengthy record of errors when he said we should preserve the Holocaust’s memory.

Shortly after landing in Israel to begin a two-day meeting with the leaders of the Middle Eastern nation, the president made the error.

“Later today, I will once more return to the hallowed ground of Yad Vashem to honor the 6 million Jewish lives that were stolen in a genocide and continue, which we must do every, every day, continue to bear witness, to keep alive the truth and honor of the Holocaust- horror of the Holocaust — honor those we lost, so that we never, ever forget that lesson, you know, and to continue our shared, unending work to fight the poison of anti-Semitism wherever it raises its ugly head,” Biden stated.

Later on Wednesday, the president went to Jerusalem’s Yad Vashem monument to pay respects to Holocaust victims. Biden was requested to relight the everlasting flame in the Hall of Remembrance at the memorial while donning a skullcap. While a cantor delivered the memorial prayer, two Marines laid a wreath on the stone mausoleum housing the remains of Holocaust victims.

Since assuming office, this was Biden’s first trip to the Middle East. The president is anticipated to reassure the worried Israeli officials that he is adamantly committed to halting Iran’s expanding nuclear program and that, as a last option, he is prepared to use force.

Israel, a US ally, views Iran as its greatest opponent due to Iran’s nuclear program, demands for the annihilation of Israel, and funding for terrorist organizations that are hostile to Israel throughout the region.

On Thursday, the US and Israel are anticipated to release a joint statement reaffirming their strong military relations and reinforcing earlier demands for military action to stop Iran’s nuclear development.

Before Biden came, a top Israeli official said that both nations will use all of their national resources to counter the Iranian nuclear danger.