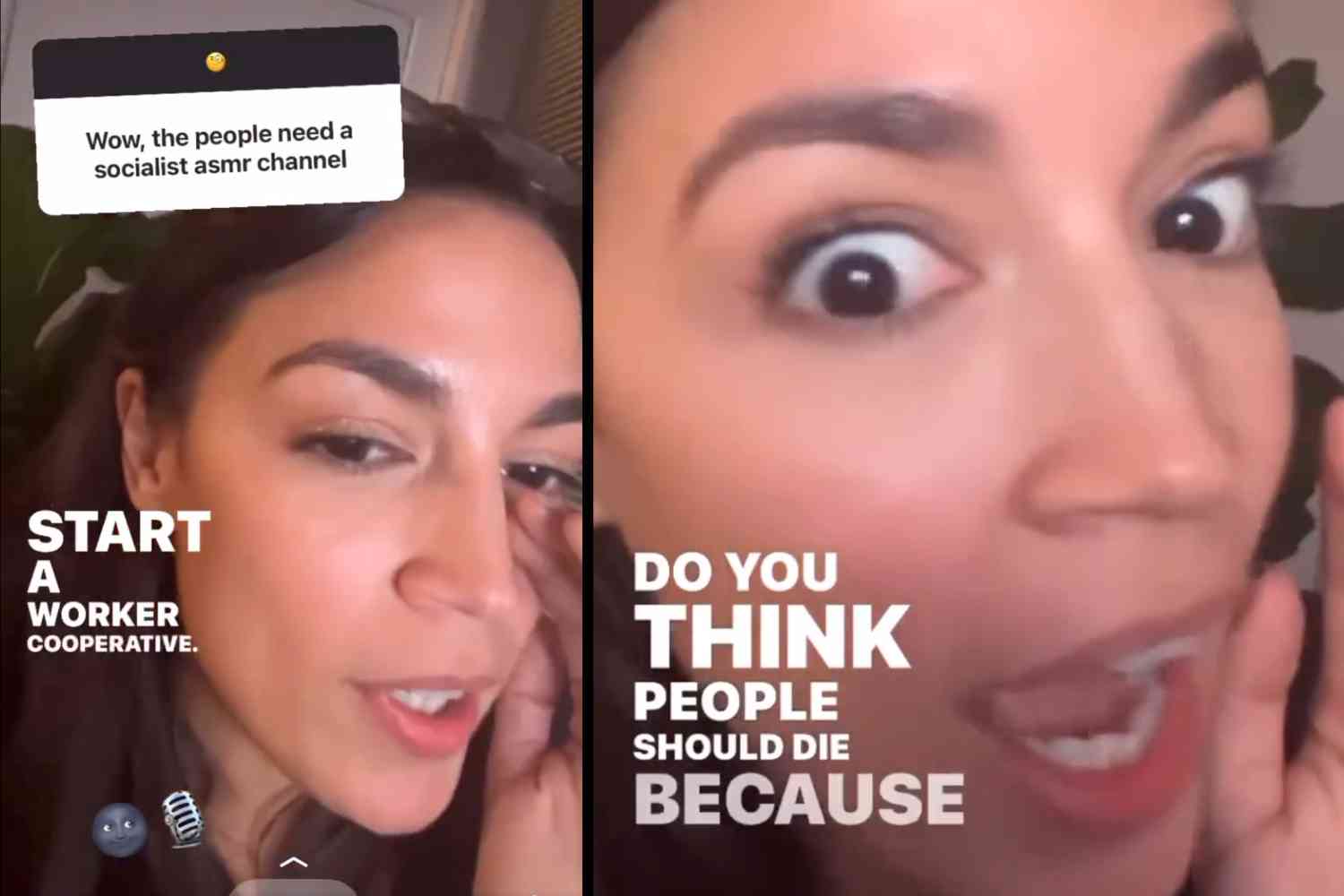 The most terrifying reality isn’t AOC’s own idiocy, but the collective stupidity of anybody who actively follows her and agrees with her.

It’s difficult to rein in these comments because she’s so wrong on such a fundamental idea.

AOC does the Biden whisper pic.twitter.com/1MJnJlJIru

Yes, she has a point if she meant to suggest that our system is not fully based on free market principles because of massive government interference and cronyism. However, I don’t believe she is arguing for the deconstruction of the government’s crooked hands and the extinction of Big Business lobbyists. Despite the government’s corruption of the free market, she wants greater government.

The issue with AOC types is that they find a defect in an otherwise wonderful system and, rather than amending and improving it, choose to annihilate it all with wishful and unrealistic thinking. It’s not for me to describe how her visions could end in disaster.

Holy crap she did it again pic.twitter.com/cJEmcMMdiv

AOC and her ilk only see the world through the prism of power battles and the amassing of riches, which is frequently done through theft. She aspires to be at the top of the game. I just want to be left alone. By definition, the existence of any state machinery robs me of my liberty. Because complex societies necessitate some order, the price for my lost liberty was supposed to be a minimum assurance of security for the balance of my freedom. Over the ages, this concept has become so distorted that the state no longer safeguards my liberty. It aggressively wears away them instead.