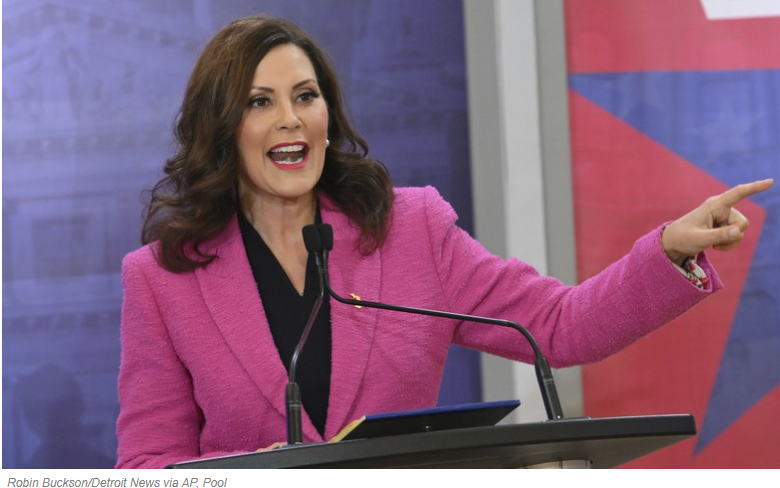 During his discussion with Dr. Mehmet Oz for the Pennsylvania Senate seat, John Fetterman said he had never opposed fracking. Kathy Hochul liked about criminals suffering consequences, when in fact, New York’s biggest issue is that criminals are not being held liable.

Gretchen Whitmer: “Mrs. Dixon says I kept students out longer than any other state .. kids were out for 3 months.” pic.twitter.com/mSx1Z4P8kL

The deception delivered by Michigan Governor Gretchen Whitmer during her debate with Tudor Dixon, however, must rank among the night’s worst lies. Now that many of the negative effects on our children’s education have been revealed, Democrats have been attempting to hide their record and their involvement in the COVID school lockdowns. One of the worst governors for lockdowns in the nation was Whitmer.

.@TudorDixon responds to Whitmer claiming she only closed schools for three months: “Maybe she thinks she can convince YOU that schools were closed for three months, but you know better because your students are the ones that are desperately behind.”

According to Gretchen Whitmer, she only kept children out of school for three months while attempting to explain why test results at schools are plummeting.

“I’m pretty sure I just heard an audible gasp around town when Gretchen Whitmer said that kids were out of school for three months. Maybe she thinks she can convince you that schools were closed for three months, but you know better because your students are the ones that are desperately behind.”

In actuality, Whitmer canceled classes from March 2020 until April 5. She then extended the closure to cover the remainder of the academic year through June. In November 2020, the Department of Health again closed high schools and colleges for the following academic year.

A declaration from the state health department from November 2020 stating that K–8 schools might be kept open by local districts while high schools and colleges were halted for in-person learning.

Because many have short memories, here’s the order from Gov. Whitmer and health department in November 2020. Note the first thing under “not open” and this line: “Colleges and high schools may proceed with remote learning, but must end in-person classes.” https://t.co/ogUvZnzB47 pic.twitter.com/uyEptagnJo

Electric Car Bursts Into Flames While Driving Down Highway