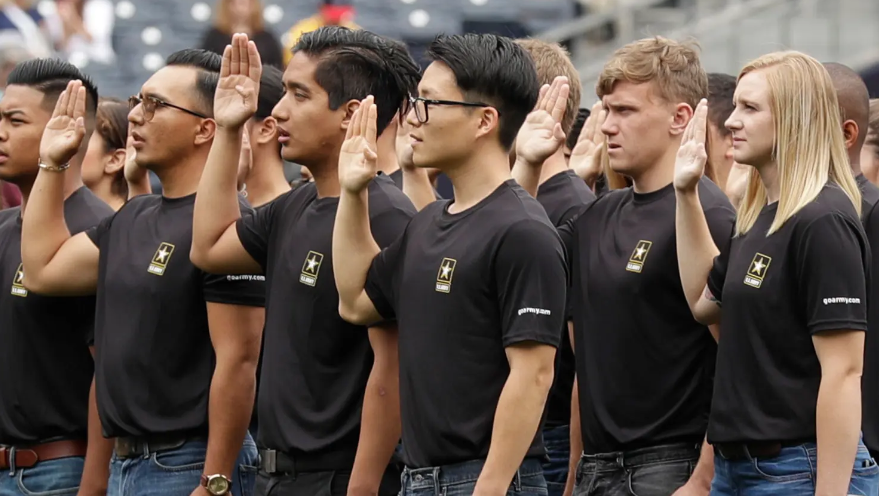 That was the anti-war movement’s catchphrase in the 1960s. As recruiting issues worsen, it is now becoming a reality, at least for the US Army. The issue is straightforward: There aren’t enough individuals who want to be soldiers, and for good reason.

The Army’s No. 2 officer testified before Congress on Tuesday that the service must reduce its total force strength by 10,000 soldiers for the fiscal year beginning in September. By the end of fiscal 2023, things could get even worse: It may fall up to 28,000 soldiers short of its goal of 476,000 troops. Just over two and a half months remain in the current fiscal year, according to a spokesperson for Army Secretary Christine Wormuth.

Although the woke military of today seems to be against it, traditional masculinity has always been a major recruiting factor. Why precisely would a conventional white guy volunteer these days? An army needs volunteers. Keep in mind that combat soldiers, who experience the most demonization, are disproportionately from the South.

The worst thing is that military leadership betrayed the troops’ trust. Since it makes a Democratic government seem terrible, it’s not a topic for discourse in polite society, but people haven’t forgotten about the Afghan disaster that occurred less than a year ago.

While US forces were instructed to conduct a humiliating pullout from Afghanistan and an overnight skedaddle from Bagram Air Base, thousands of Americans and Afghan friends were left behind.

At the time, reports indicated that the troops were openly furious over the way they were utilized. Defense Secretary Lloyd Austin was asked to resign by a group of senior military commanders who had retired. Military personnel publicly made fun of Gen. Mark Milley, chairman of the Joint Chiefs.

It’s one thing to join a group that has a long history and a strong commitment to defending the nation and caring for its soldiers. Enlisting in a service with a senior military leadership that is no better and corrupt and inept civilian leadership is one thing; doing so is quite another. Everyone, especially the pool of prospective recruits, is aware that the military leadership, Milley, and the whole Biden administration have abandoned their obligations.

Biden and congressional Democrats will probably have to make the unattractive decision between letting the military deteriorate from a shortage of personnel or reinstituting the conscription. Neither strategy appears to be a winner. The price of incompetence and disrespect for the military is now due.

Soldier Killed By Lightning At Army