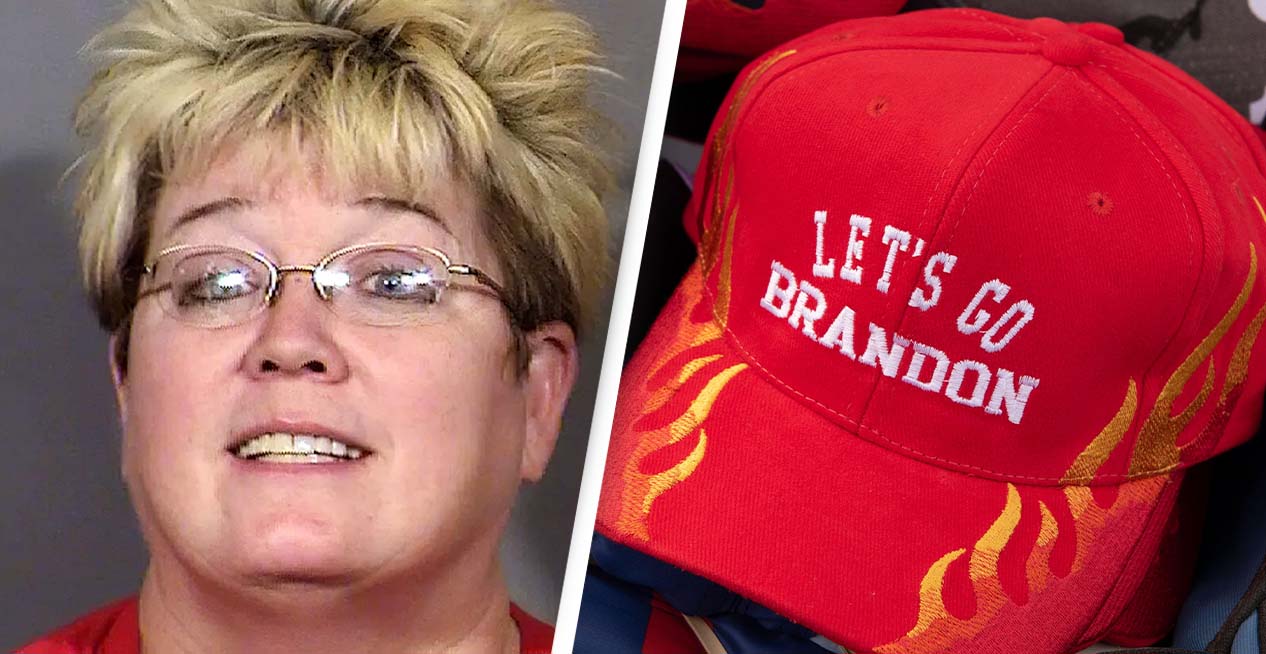 After causing a disturbance, a Las Vegas woman shouted “Let’s Go Brandon!” and was taken into custody at McCarran International airport.

According to an arrest report by FOX5 Las Vegas, Katrina Alspaugh (51), confronted her about her lack of wearing a mask at the security checkpoint.

Alspaugh was alleged to have attempted to punch another person at one point before authorities intervened. According to the report, she was not cooperative with officers and refused identification. However, she was released after the other passenger refused charges.

Police were soon alerted to another disturbance in which Alspaugh was involved. Alspaugh had been taken from an Allegiant Airplane. According to FOX5 Las Vegas, she was asked to leave the airport because she did not have a ticket. However, she became “arbitrative” with officers and started “creating disturbances” at the airport. According to the report, she responded to threats of arrest by loudly shouting “f**k” and “Let’s Go, Brandon”, further causing a disturbance, and was placed under arrest.

Alspaugh has been in multiple legal problems. She was first arrested in 2002 for battery domestic violence. In 2011, she was charged with assault. 2018 was for domestic battery. 2020 is for harassment. Alspaugh is facing a misdemeanor public conduct charge at an airport for her latest disturbance.

This incident occurred shortly after Southwest Airlines opened an internal investigation. It is believed that a pilot signed off a message for passengers saying “Let’s go Brandon”. The phrase has been popularized in recent months after Brandon Brown, a reporter covering NASCAR drivers, claimed that a crowd cheering “f**k Joe Biden” could actually have been shouting “Let’s go Brandon!”

Not long after the incident became public, Southwest responded in a statement stating that it takes pride in creating a safe, welcoming, secure, and respectful environment for its millions of customers who fly with Southwest.

We know many of you have heard about recent statements that may have been made on a Southwest flight, and we wanted you to hear directly from us. pic.twitter.com/CYh0MugYxd

“Southwest does not condone employees sharing their personal political opinions while on the job, serving our customers,” the statement added. “And one employee’s individual perspective should not be interpreted as the viewpoint of Southwest and its collective 54,000 employees.”