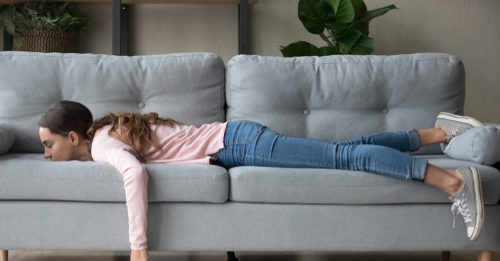 A lazy generation is being produced by a surge of socialist expenditure by the US government that prefers free money to paid effort.

In spite of the fact that the globe has transitioned into a post-pandemic era, US politicians continue to raise large sums of money in the name of COVID relief funds, which deters people from engaging in the economy.

According to reports, the assistance did assist a sizable number of Americans in fending off the pandemic’s negative consequences, as they dealt with the strain of corporate lockdowns.

The government continued to provide help to the populace even after the COVID-enforced lockdowns were relaxed, which gave most households a source of unpaid income.

Entrepreneur in the fields of technology and healthcare Vivek Ramaswamy claims that Democrats and some Republicans, including former President Trump, embraced the idea of aiding Americans.

Ramaswamy pointed out that even a pro-capitalist like Donald Trump drew inspiration for his COVID rescue plan from the socialist beliefs of Senator Bernie Sanders.

My body my choice? Your loan my responsibility? This isn’t loan forgiveness, it’s a generation of lazy unaccountable uneducated children being covered by hard working debt paying Americans.

As a result, an entire generation of lazy individuals who now favor free food over earned money was produced while every politician was busy giving away free money to Americans.

Because of this socialist spending binge, America had an unparalleled labor shortage as a result of the great resignation crisis, which saw a widespread exodus from the workforce.

Similarly, Ramaswamy claimed that white-collar workers began working remotely without regard for whether or not they would finish their duties.

Ramaswamy also said that incentives like student debt forgiveness are making the problem worse since even students who take out loans waste national resources and are unable to work because of their laziness.