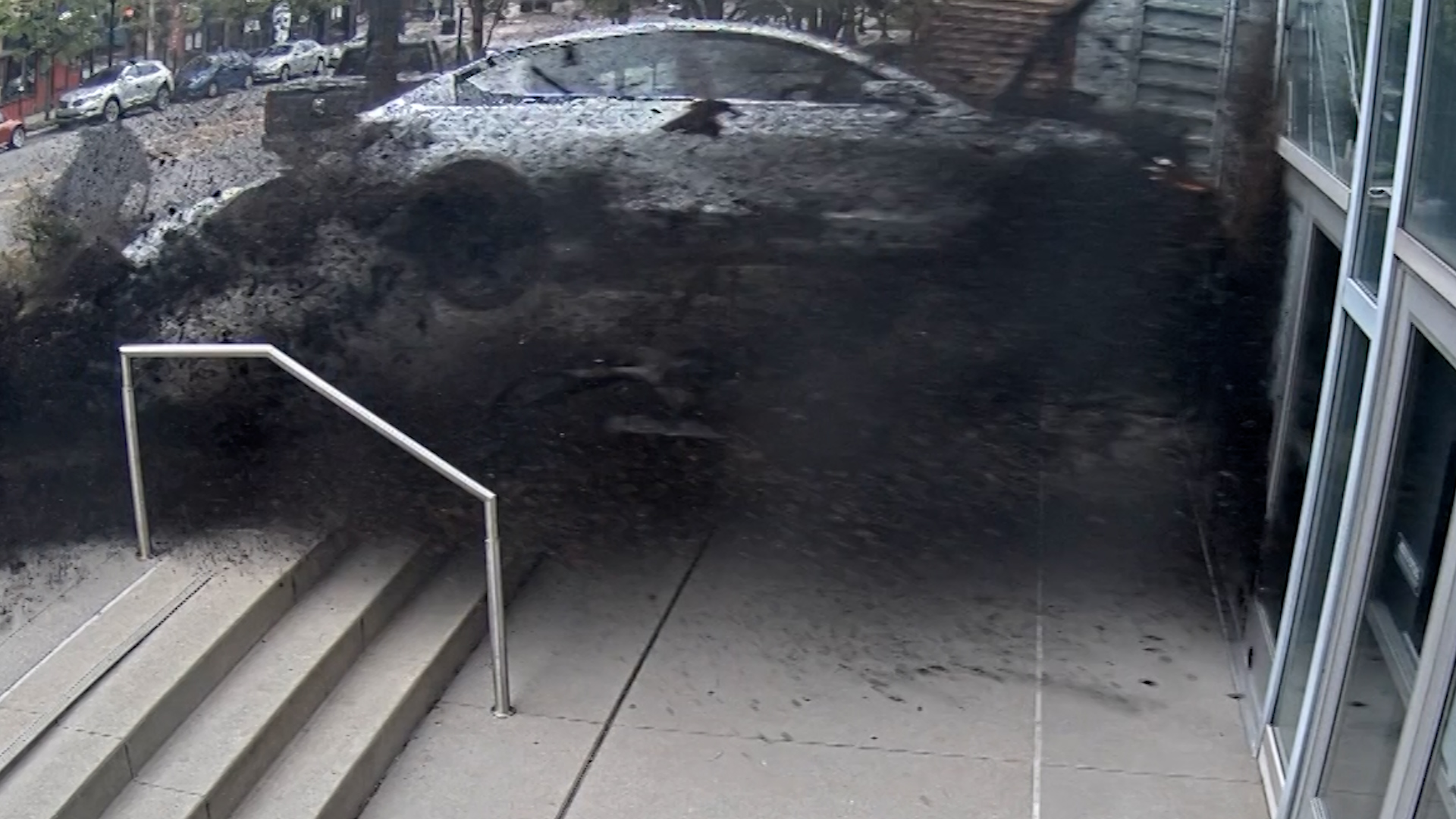 A Tesla electric car plowed into the front of a conference center at 70 mph, costing $300,000 in damage, according to many security recordings.

On May 4, the event occurred at the Greater Columbus Convention Center.

According to the accident report, the motorist ran a red light and was traveling at around 70 mph. Frantz Jules, 63, was recognized as the suspect. The automobile belongs to the Yellow Cab Company, according to the report.

The 2020 Tesla Model S is shown crashing into the building’s side, while another camera shows the wrecked car coming to a stop inside. Passers-by rushed to assist the motorist.

Before going off the highway, the motorist informed police that he lost control of the brakes. He said the automobile maintained a constant speed of 70 mph until the collision.

At the time, the convention center was holding many events, including a girls’ junior volleyball tournament. No one was wounded inside.

Three witnesses informed police that they observed the automobile accelerate up before the incident and that there was no evidence of the driver applying the brakes to stop the vehicle, according to the report.

The driver was taken to the hospital, where his status was classified as stable.

The cost of repairing the convention center is projected to be between $250,000 and $300,000, with drywall, a sprinkler system, electricity cables, carpets, and wall coverings all being replaced. It will take three months to complete the renovation.

According to Franklin County Municipal Court, the motorist was charged for failing to control his car. The collision was not caused by drugs or alcohol, according to the investigation.

Congress Can Now Order Drinks on Demand at the Capitol

Woman Fatally Injured After Falling Into Septic Tank While Gardening