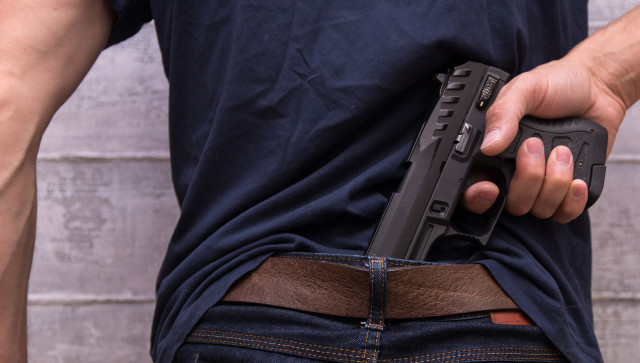 Roske was fully armed at the moment of his arrest, wielding a revolver, knife, and pepper spray. According to accounts, he had allegedly threatened Kavanaugh with violence. After calling the cops on himself, Roske was apprehended on a neighboring street.

Roske is accused of attempting to assassinate a United States Supreme Court Justice, according to the criminal complaint. His first court appearance is set on Wednesday afternoon in federal court in Maryland.

He informed authorities that he wanted to give his life meaning, so he bought the pistol and other goods with the intention of breaking into Kavanaugh’s home and murdering the judge before dying himself, according to an affidavit supporting the criminal complaint.

Two US Marshals spotted a man subsequently identified as Roske, dressed in black and carrying a bag and luggage, exit a taxicab that had stopped in front of Kavanaugh’s Montgomery County house at 1:05 a.m. Wednesday. The guy turned to stroll down the street after looking at the two marshals standing outside their parked car.

Roske, who identified himself and told the person he spoke with that he was experiencing suicidal thoughts and had a pistol in his bag, called the Montgomery County Emergency Communication Center not long after. He also told the person on the other end of the telephone that he had traveled from California in order to assassinate a certain US Supreme Court Justice.

Officers from the Montgomery County Police Department were subsequently summoned to a site near Kavanaugh’s home, where they found Roske still talking to the operator on his phone. He was taken into prison without incident by the police. His belongings included a backpack and luggage.