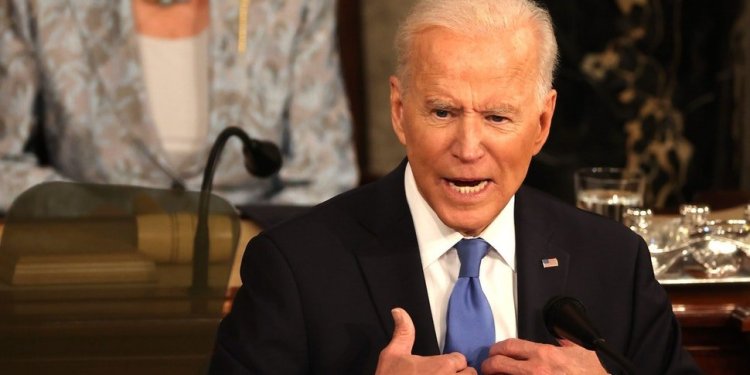 The Federal Court of Appeals just stopped Biden’s vax mandate. Texas Governor Greg Abbott announced Saturday that the victory was for Americans who sought temporary relief from this burdensome law.

This court order relates to OSHA regulations that were just published under the Biden administration. The following decision was made by three justices.

“Before the court is the petitioners’1 emergency motion to stay enforcement of the Occupational Safety and Health Administration’s November 5, 2021 Emergency Temporary Standard2 (the “Mandate”) pending expedited judicial review,” the order said. “Because the petitions give cause to believe there are grave statutory and constitutional issues with the Mandate, the Mandate has hereby STAYED pending further action by this court.”

The court ordered that the federal government respond by November 8. After the Biden administration had announced it in September, the OSHA regulation was finally issued on Thursday.

“The Biden administration ordered U.S. companies Thursday to ensure their employees are fully vaccinated or regularly tested for Covid-19 by Jan. 4 — giving them a reprieve over the holidays before the long-awaited and hotly contested mandate takes effect,” CNBC reported.

“The administration on Thursday also pushed back the deadline for federal contractors to comply with a stricter set of vaccine requirements for staff from Dec. 8 to Jan. 4 to match the deadline set for other private companies and healthcare providers,” the report added.

“The newly released rules, issued by the Occupational Safety and Health Administration under the Labor Department, apply to businesses with 100 or more employees,” the report noted. “All unvaccinated workers must begin wearing masks by Dec. 5 and provide a negative Covid test on a weekly basis after the January deadline, according to the requirements. Companies are not required to pay for or provide the tests unless they are otherwise required to by state or local laws or in labor union contracts. Anyone who tests positive is prohibited from going into work.”

“Companies also have until Dec. 5 to offer paid time for employees to get vaccinated and paid sick leave for them to recover from any side effects,” the report added.

To ensure compliance with the illegal mandate, the Occupational Safety and Health Administration (OSHA) will also be policing all workplaces in the country.

“OSHA, which polices workplace safety for the Labor Department, will provide sample implementation plans and fact sheets among other materials to help companies adopt the new rules,” CNBC reported.

“OSHA will also conduct on-site workplace inspections to make sure companies comply with the rules, a senior administration official said. Penalties for noncompliance can range from $13,653 per serious violation to $136,532 if a company willfully violates the rules,” the report added.

“The vaccine mandate, which covers 84 million people employed in the private sector, represents the most expansive use of federal power to protect workers from Covid-19 since the virus was declared a pandemic in March 2020,” it continued.

In mid-September, 24 state attorney generals threatened to sue Biden over the federal vaccine mandate. This was after the executive order had been announced. The letter that these state AGs sent to the Biden administration is well worth reading.

“We, the Attorneys General of 24 states, write in opposition to your attempt to mandate the vaccination of private citizens,” the AGs’ letter reads. “On September 9, you announced that you would be ordering the Department of Labor to issue an emergency temporary standard, under the Occupational Safety and Health (OSH) Act , which would mandate that private sector employers require most of their employees to either get a COVID-19 shot, submit to weekly testing, or be fired. Your plan is disastrous and counterproductive. From a policy perspective, this edict is unlikely to win hearts and minds-it will simply drive further skepticism. And at least some Americans will simply leave the job market instead of complying.”

“The policy also fails to account for differences between employees that may justify more nuanced treatment by employers,” the letter added. “Most glaringly, your policy inexplicably fails to recognize natural immunity. Indeed, the CDC estimated that by late May 2021, over 120 million Americans had already been infected, and that number is likely tens of millions higher today And your sweeping mandate fails to account for the fact that many workers-for example, those who work from home or work outdoors-are at almost no risk of exposure from their co-workers regardless of vaccine status. A one-size-fits-all policy is not reasoned decision-making. It is power for power’s sake.”

The federal vaccine mandate of Biden has been challenged in court. It is looking grim for this blatantly unconstitutional order.