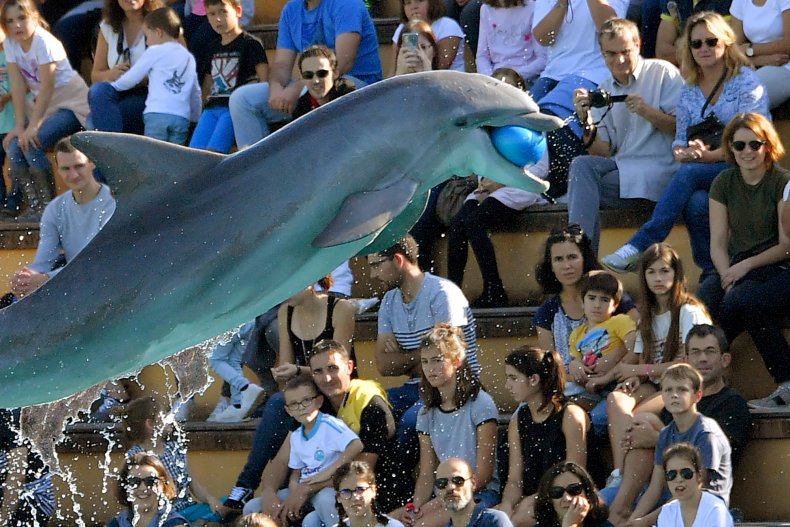 A video has been released of a dolphin attacking a trainer at the Miami Seaquarium.

On April 9, the event occurred during the Flipper Dolphin Show at the Florida Aquarium. Shannon Carpenter, a photographer who attended the event with his family, filmed the scene and shared it on TikTok.

A trainer in the water looks to be battling to remain afloat in the film, which can be viewed here. She seemed to be aggressively shoved forward after that. She then tries to get out of the pool, but she sinks beneath the surface.

She makes her way to the pier as the trainer reappears. She hunches down after emerging from the water, apparently terrified. Another trainer can be seen squatting next to her and inspecting her.

The dolphin then appears and swims away from the same position in the water. The program is continued by a third trainer.

While the video does not show the event near enough to identify precisely what happened, Naomi A Rose, a Marine Mammal Scientist at the Animal Welfare Institute, told Newsweek that it is evident the dolphin struck the trainer, but it is more probable that the dolphin slammed the trainer.

Dolphins repel sharks by ramming them with their rostrum, which is incredibly powerful and inflexible. This has the potential to shatter ribs or kill individuals. The trainer appeared to be propelled through the water at a high rate by an external force. Rose noted that there was a quick surge out of the water, as if the dolphin was coming up underneath the trainer, followed by a fast left turn that a person wouldn’t be able to complete by swimming.

When dolphins display this level of aggression against trainers, according to Rose, they may be frustrated or attempting to express something.

She said that dolphins almost never do anything accidentally.

Biden Tells a Boatload of Lies at Gun Control Event