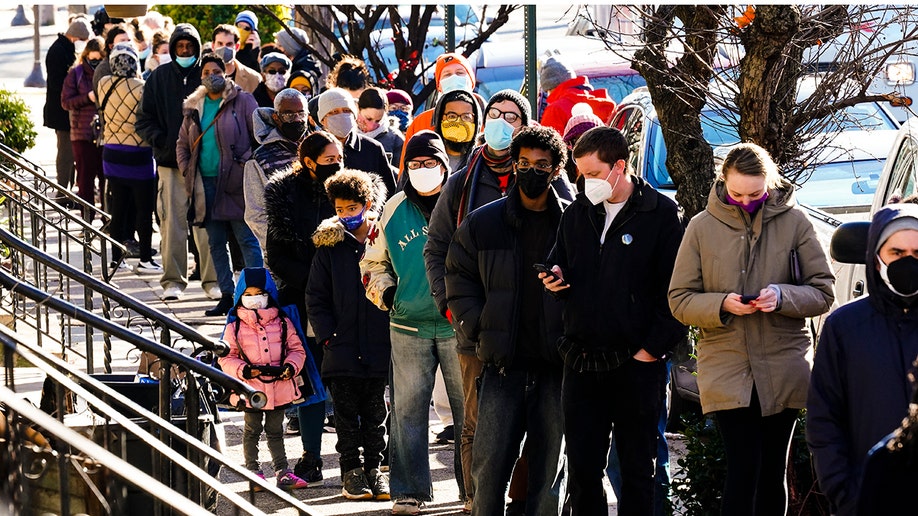 Biden reminded the nation’s governors in the same address that the pandemic had “no governmental answer.”

The need for greater testing should have been foreseen, according to Dr. Jerome Adams, the Trump administration’s surgeon general, citing a revelation last week that the Biden administration rejected a plan in October to scale up testing ahead of Thanksgiving and Christmas.

This Monday, Biden disputed that his administration had rejected an October plan to expand testing capacity.

Meanwhile, the Biden administration is powerless to ignore the realities on the ground, as Americans waste time waiting for testing.

The Southside Health Center is just about to resume COVID testing/vaccinating after the long holiday weekend. I’ve counted more than 50 cars in line. Most if not all are here for a test. pic.twitter.com/XmFGf8KKAG

Following the Christmas break, Americans throughout the country have been queuing for hours to undergo COVID-19 testing as cases rise and fast tests disappear from shop shelves.

This week, President Biden acknowledged the unacceptably lengthy lines, but said that his administration could not have predicted the COVID-19 spike.

On a teleconference with governors, Biden said, “Seeing how tough it was for some folks to get a test this weekend shows that we have more work to do, and we’re doing it. But it’s not enough. It’s clearly not enough. If I had — we had known, we would have gone harder, quicker if we could have.”

Last week, the Biden administration unveiled a plan to buy 500 million at-home quick tests and give them away for free, but White House Coronavirus Response Coordinator Jeffrey Zients indicated Wednesday that the first shipments won’t arrive for days, if not weeks.

However, when photographs and videos from Americans in small villages and huge cities around the country blend during the holiday week, that approach isn’t helping to alleviate the testing scarcity.

The lack of testing is exacerbated by the CDC’s recent adjustment to isolation and quarantine criteria, which now allow people who test positive for COVID-19 to be released after five days if they aren’t exhibiting any symptoms.

Here’s the line of cars waiting for free #COVID19 tests on Mill Rd in Milwaukee. And no- I didn’t drive that fast. It’s sped up 4x. pic.twitter.com/qN2ZLkLjJR

According to CDC statistics, the United States set a single-day record for new COVID-19 cases on Monday, with 441,278 confirmed infections, followed by 431,567 new cases on Tuesday.

The seven-day average is likewise at an all-time high, with 277,241 on Tuesday.