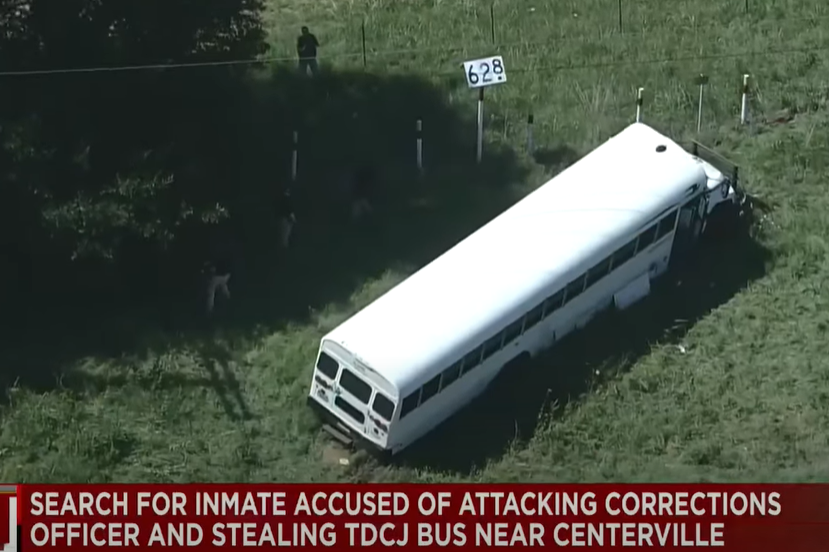 Officials say a convicted killer escaped in Texas on Thursday after attacking a prison bus driver and fleeing after the vehicle skidded off the road.

Gonzalo Lopez, 46, was being sought after escaping from the smashed truck early Thursday afternoon in rural Leon County, according to the Texas Department of Criminal Justice.

Lopez broke free from his handcuffs and entered the driver’s compartment, stabbing the driver in the hand with an item, according to agency spokesman Robert Hurst.

According to him, the officer’s injuries are not believed to be life-threatening.

According to Hurst, the bus crashed approximately a mile and a half from Centerville on Texas State Highway 7.

Lopez was able to acquire the driver’s revolver for a brief while during the battle, but he did not fire the weapon, which was retrieved, according to Hurst.

The Texas Department of Criminal Justice (TDCJ) is searching for an escaped inmate in Leon County. 46 year old Gonzalo Lopez assaulted a correctional officer on a transport bus & then fled from the vehicle. pic.twitter.com/FTa2Dl8fQv

Other detainees were aboard the bus, but they remained cuffed, and no one else managed to get away, he added.

One police was driving and the other was in the back of the bus. Other than the officer who was stabbed in the hand, Hurst said there were no other injuries.

Lopez made his getaway in a rural location midway between Houston and Dallas.

Lopez was able to break free from his handcuffs and enter a cage-like location where the driver was stationed, according to Hurst.

Anyone who sees him is encouraged to phone 911 and not to approach him or attempt to apprehend him, according to officials. Anyone questionable should be reported to the local farms and ranches. Lopez was last spotted on foot, Hurst said, wearing a white prison uniform.

Hurst claimed Lopez was being detained at a jail in Gatesville and that the bus was headed to Huntsville. Lopez stated that he was being relocated due to a medical appointment.