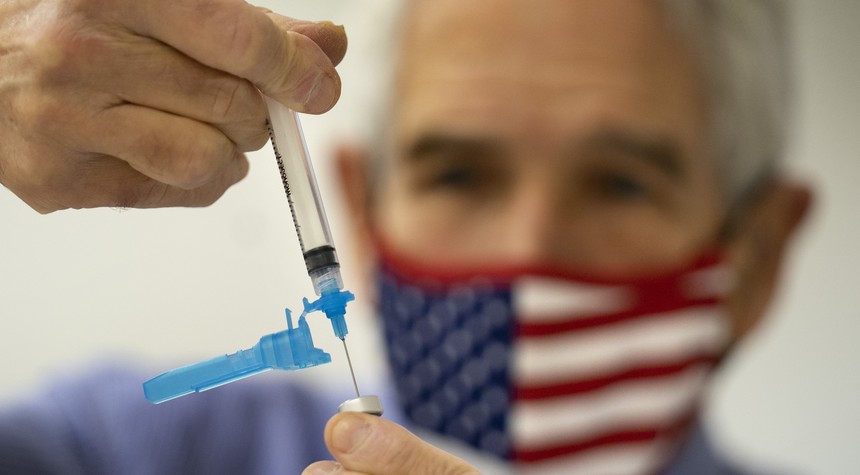 When Joe Biden pulled the political equivalent of the Irish Goodbye yesterday — that is, when he reneged on what he’d been promising for the past year, which also happens to be the core issue of his presidential platform during the 2020 campaign — and then hopped on a plane without much explanation, one can imagine mayors in major cities’ jaws dropping to the floor in disbelief. Because, if there is no “federal reaction” to COVID, as Old Joe predicted, those mayors will be on their own when it comes to vaccination requirements, some of which were enacted only days ago. For what it’s worth, the list of cities with mandatory vaccine or testing requirements seems like a list of locations you should avoid visiting anytime in the foreseeable future.

Back to Biden’s deuces moment on the White House lawn…it was unexpected, to say the least, and it made one wonder if the Supreme Court’s recent decision to hear arguments on federal vaccine mandates in early January played a role in the president’s abandonment of loyal progressive mayors to their state governors’ will (except DC, which answers to Congress). In other words, Biden’s perplexing detachment from everything he’s stated for the past two years might be a harbinger of how the Supreme Court will decide on the mandate problem. To put it another way, smite them down with your lightning bolts like Thor.

Putting that terrifying supposition aside for a moment, a very real question is how much will people who have been complying with every draconian measure this merry band of authoritarians peddles consent to once again being labeled the unclean and suspending risk analysis which is becoming increasingly difficult in order to be allowed to enter a restaurant in their city? Because their level of cooperation might determine how much the government can track our activities as we are forced — or not forced — to queue up for our quarterly vaccinations.