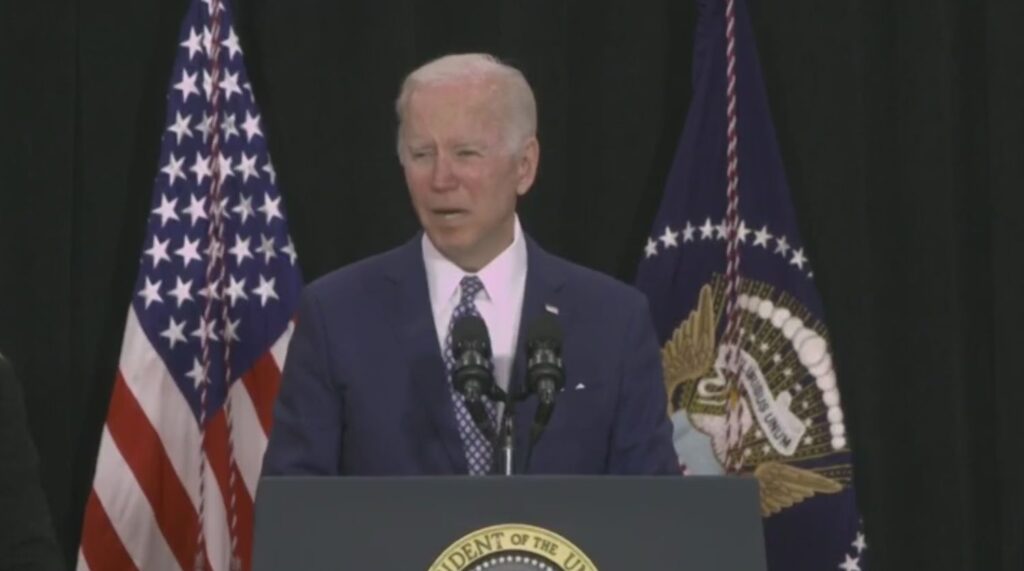 President Joe Biden flew to Buffalo, New York on Tuesday to convey to the public that he feels about the mostly black victims of a supermarket mass shooting on Sunday.

“She was the center of attention who made everyone in the room laugh and smile when she walked in,” Biden added, attempting to hold back a tear.

“Andre Mackneil, 53, was a restaurant worker. He went out to purchase a birthday cake for his three-year-old kid. His son is enjoying his birthday and wonders where his father is. Katherine Massey, 72, a writer and campaigner who dressed up in costumes at schools, trimmed the grass in the park, and volunteered to help with local elections,” he said, wincing.

In an attempt to empathize with the bereaved individuals, Biden badly fumbled an anecdote about his grandpa.

Biden will have to keep together with his staff writers, who are up to the responsibility of giving Americans genuine speeches. He’s terribly trying to shed tears at awful situations when he’s not yelling or shaking hands with imaginary people. Whether people want to believe Biden was emotionally moved or not, it’s all a huge show.

Biden’s significant interest in the Buffalo mass shooting was questioned on Monday by new Press Secretary Karine Jean-Pierre, who only had fleeting thoughts on the Waukesha tragedy, which left at least six people dead and 61 more injured.

Biden may cry all he wants over a horrific, racially motivated mass shooting, but it won’t help the murder victims in Democrat-controlled communities throughout the country. On Biden’s watch, violent crime has increased dramatically, but the victims are black Americans slain by other black Americans.