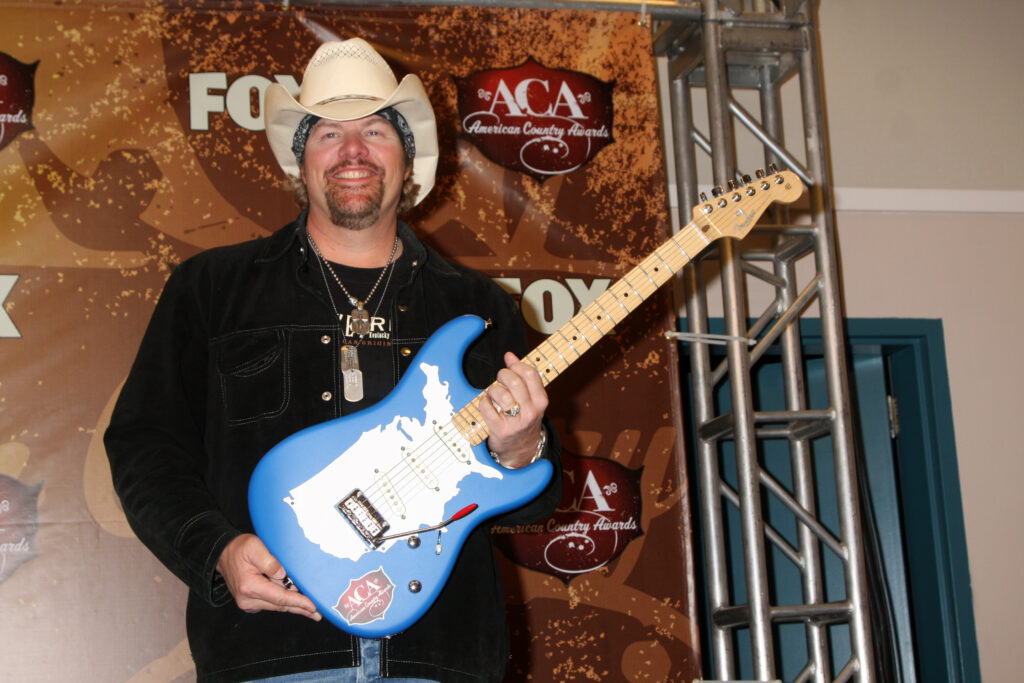 Toby Keith is one of the greatest country singers out today; a former oil worker and roughneck, Keith performs patriotic songs, appears to be a pleasant person, and avoids, or at least appears to avoid, many of the issues and degeneracies that afflict other musicians and celebrities.

However, he has now revealed that he has been battling stomach cancer since it was discovered months ago, posting about his battle on Instagram.

“Last fall I was diagnosed with stomach cancer. I’ve spent the last 6 months receiving chemo, radiation, and surgery. So far, so good. I need time to breathe, recover, and relax.I am looking forward to spending this time with my family. But I will see the fans sooner than later. I can’t wait.”

Keith’s announcement of his battle with stomach cancer is all the more remarkable because he is currently on tour, with his website indicating that he will be performing as early as June 17th, implying that despite stomach cancer and all that it entails, he is still performing for fans and sharing his musical genius with the world.

Additionally, the tour website’s concert schedule shows that he’ll be performing every day for most of July, which is particularly noteworthy given his age and struggle with stomach cancer.

He will, unfortunately, have to cancel his appearance at the Ohio State Fair.

On July 28, Keith was set to play at the Ohio State Fair. Ticketmaster customers who have already purchased tickets will be automatically reimbursed.

Information on an alternate performance on July 28 has been released by state fair organizers.