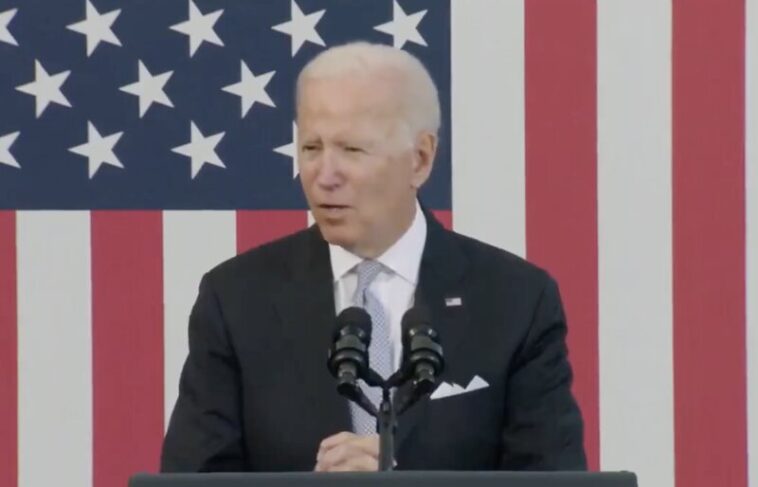 Joe Biden made a mistake when he said that he was Vice President for 36 years during a speech in Scranton. It wasn’t 8 years, it was 36 years.

“I’d ride every day, I commuted every day for 36 years as Vice President,” Biden stated without noticing his error.

Biden also shared a story about Amtrak workers that he had debunked during the speech. This was a story he repeated four times during his presidency. Biden claims that the conversation occurred “7 years” into his vice presidency. That would be 2015.

You can watch it unfold here:

WATCH: Joe Biden tells a debunked story about an Amtrak worker for the FOURTH time as president.

Biden says the conversation took place “7 years into” his vice presidency, which would be 2015.

The Amtrak worker retired in 1993 and passed away in 2014. pic.twitter.com/OlSjMzCLIw

Biden made the same speech and vowed to remove “millions of” cars from the roads in support of climate change.

Biden: "We will take, literally, millions of automobiles off the road. Off the road." pic.twitter.com/W3yttKAgBu

Biden also claimed falsely that his Build Back Better plan would not cost “nothing”.

Biden: "The cost of the Build Back Better bill in terms of adding to the deficit is zero, zero, zero. Because we're going to pay for it all." pic.twitter.com/sRqBLeD6sA

Harris Stumps For Bidens Climate Agenda On Trip To Nevada

Trump Plan For New Media Venture Gets Investors Thumbs Up