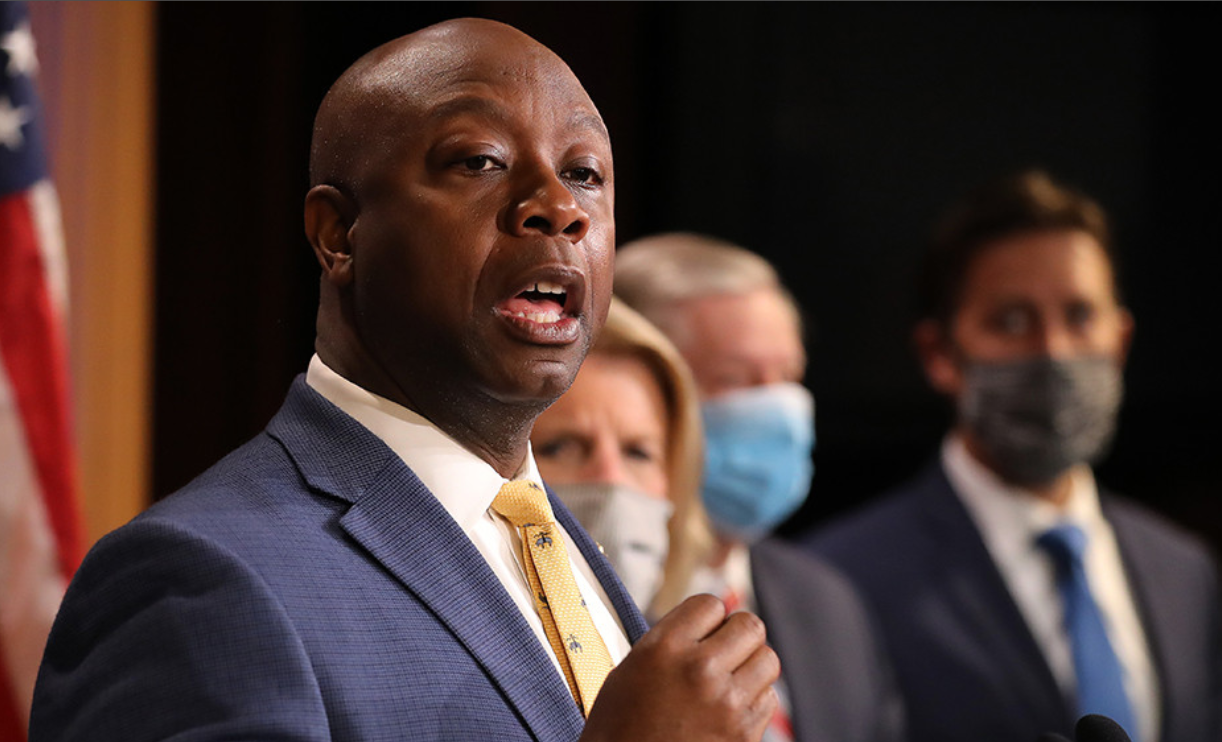 Senator Tim Scott is gearing up to respond to Joe Biden’s addressing Congress, Based on The Daily Wire.

Senate Minority Leader Mitch McConnell said,”Senator Tim Scott is not just one of the strongest leaders in our Senate Republican Conference. He is one of the most inspiring and unifying leaders in our nation … As Sen. Scott likes to say, he is living his mother’s American dream, and he has dedicated his career to creating more opportunity for our fellow citizens who need it most.”

Scott “is not just one of the strongest leaders in the Senate. He is one of the most inspiring and unifying leaders in our nation. I’m glad he’ll be delivering the Republican Address following the President’s remarks on Wednesday.”

“We face serious challenges on multiple fronts, but I am as confident as I have ever been in the promise and potential of America.”

“I look forward to having an honest conversation with the American people and sharing Republicans’ optimistic vision for expanding opportunity and empowering working families.”

“My parents divorced when I was 7 years old.”

“We lived in a two-bedroom house with my grandparents; me, my mother, and my brother sharing a room and a bed.”

“My mother worked 16 hours a day to keep food on the table and a roof over our heads. She knew that if we could get the opportunity, larger things would come.”

“George Floyd died because Derek Chauvin kneeled on his throat and stopped him for over nine minutes.”

“There is not any question in my mind that the jury reached the correct verdict.”

“While this result should give us renewed confidence in the integrity of our justice system, we know there’s more work to be performed to guarantee the bad apples don’t specify all officers–the huge majority of whom put on the uniform daily with ethics and servant hearts. We must all come together to help repair the tenuous connection between law enforcement and minority and Black Americans.”

“To deny the progress we have made is just as damaging as not making progress in any respect.”

“I urge people across this country to make their voices heard and engage in conversations that will continue to move us toward a more just America. I believe in the goodness of our nation; we can and will do better.”